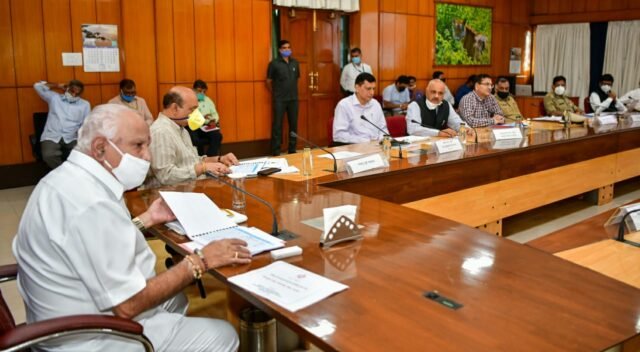 Chief Minister BS Yediyurappa has praised  the police department for its excellent service during the Covid-19 pandemic and has promised it  all the necessary assistance.

Reviewing  the Home Department’s performance on Thursday, he said the priority is to strengthen the CEN (Cybercrime, Economic Affairs and Narcotics) stations.

The Chief Minister said measures would be taken to strengthen the forensic laboratories, and funds would be provided  for the purchase of vehicles under the Emergency Response System.

More than 3,000 home guards are at risk of losing their jobs, and the CM suggested that their services be offered to private institutions.

Ahead of the monsoon, about 200 SDRF personnel have started training, officials said.

Not a single positive case has been reported from the state’s prisons. Over 5,000 persons have been released on parole following the Supreme Court order.