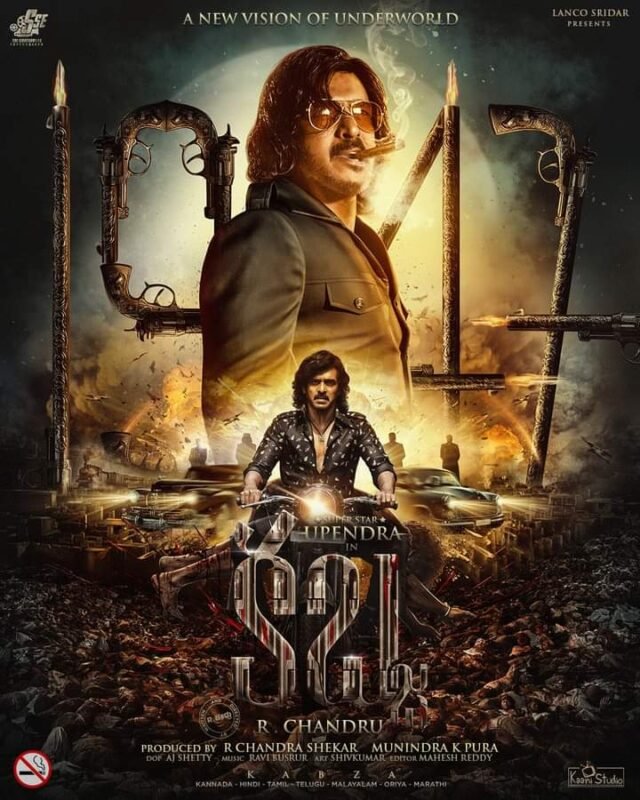 Fans of actor-director Upendra were pleasantly surprised when Bollywood director Ram Gopal Verma (RGV) on Thursday released the theme poster of ‘Kabza’, on the eve of the superstar’s birthday.

To mark Upendra’s birthday, the ‘Kabza’ team had come out with an intriguing theme poster. The film’s producer and director R Chandru had in fact hinted that the poster would be released by renowned director Ram Gopal Verma.

The poster features Upendra in a ‘retro’ look, and ‘1947’ is mentioned in the background.

After watching a few scenes from the movie, RGV tweeted, “Thanks to R Chandru for allowing me to launch the theme poster for this film. I saw some rough visuals from the movie. Really great. It is suitable for getting dubbed in all languages. Everything is fine, including photography. Appearance of Upendra also looks deadly.”

“It is a cinema featuring a retro era underworld movie. Remember my words. When you see the trailer of this movie, you will say it is real,” RGV said.

He added, “Happy birthday to you, Upendra. I will always remember your movies, the roles you handled, the titles of your cinema.”

The film will be released in seven languages, including Kannada, Telugu, Tamil and Hindi. The shooting of the film is yet to be completed.