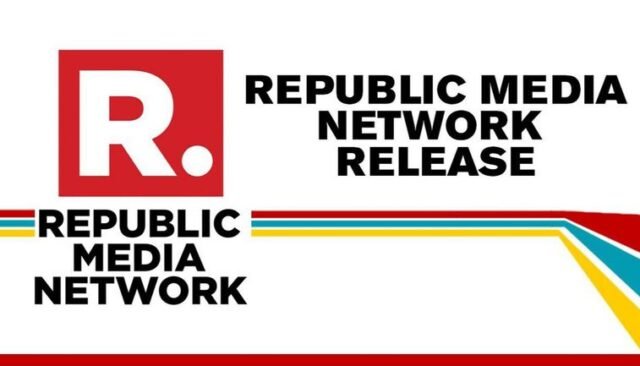 In the cross-fire of allegations and counter-allegations between TV channels, Republic Media Network has in a press release said the “strongest legal action will be taken against those who spread falsehoods and attempted to mislead the public.” Terming the TRP investigation by the Mumbai police “slanted and malicious”, the press release says the Mumbai police “have not been able to establish even one financial trail or criminality by the Republic Media Network.” The release also asks the Competition Commission of India to probe the existence of “collusion and cartelization” in the media industry which is “selectively targeting” Republic TV and Arnab Goswami. The following are some key points from the press release (the full press release can be accessed at https://www.republicworld.com/india-news/general-news/statement-evidence-emerges-about-how-times-now-concealed-truth-about-forensic-report.html):

• Times Now’s landing pages were caught by BARC, and is documented in Mumbai police chargesheet: The forensic report of BARC exposes the fact that Times Now was using landing pages to artificially spike its ratings, which was caught by the algorithmic, computerised process, as per the Outlier Policy of BARC. There is explicit use of the words, “Raw Data Before Outlier Cleaning”.

• Times Now hid how the purported chats show show complaints about Times Now’s attempts to manipulate data: The purported Whatsapp chats that Times Now broadcast show how messages apparently by Arnab Goswami are complaining about the TRP manipulation by other news channels, including Times Now.

• Times Now silent on Hindi channel accused of ‘pre-fixing’ ratings: Times Now concealed how a top Hindi news channel was found guilty of ‘pre-fixing’ the ratings and working with certain BARC officials to manipulate its way to the Number 1 position. The words used the BARC forensic report are: “… external officials of channels hinting about pre-fixing the channel ratings during our analysis.”

• Lutyens cartel hiding selected information: According to the Republic press release, “ Even if Times Now gets the support of the government of Pakistan and the Congress party, it must introspect on the consequences as the truth begins to come out — like a torrent, as it will.” The Republic release alleges that members of the Lutyens industry cartel are being protected and facts are being concealed.

• Times Now, the nation wants to know: The Republic release has put the following questions to Times Now:

In respect of the Republic Media Network’s press release which was sent to several media houses, TheBengaluruLive sought a reaction from Times Now Editor-in-Chief Rahul Shivshankar. However, by the time the story was published on our portal, we had not received any response from Times Now. TheBengaluruLive will publish Times Now’s reaction as and when it is sent to us by Times Television Network, which owns Times Now.

Switch Off Only Lights On Sunday