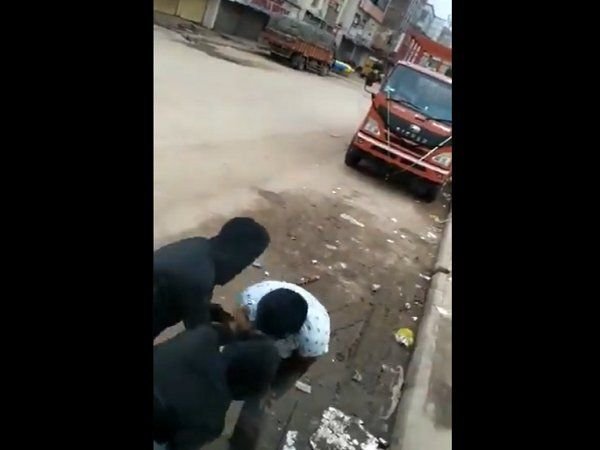 100 grams of marijuana, machete and dagger recovered; hunt on for 2nd suspect

Days after a video showing two youths robbing pedestrians at knifepoint in broad daylight went viral on social media, the Bengaluru police on Friday arrested one of the suspects and seized the weapons used in the crime.

According to the City Market police, the accused, identified as Johnny (22), is a resident of Azad Nagar in the city. “He was nabbed by our special team led by police inspector BG Kumaraswamy, based on a tip-off that he was hiding in a public toilet near the Cottonpet police station. The team was accompanied by Cottonpet police inspector T B Chidananda Murthy,” a police officer said.

A case under the NDPS Act was also filed against the accused as 100 grams of marijuana were found in his possession, apart from a machete and a dagger.

DCP (West) Sanjeev M Patil said the accused was arrested last year by the Byatarayanapura police and convicted under section 397 (robbery, or dacoity, with an attempt to cause death or grievous hurt) of the IPC. “After spending four months in jail, he was released in March this year. He was then working as a daily-wage labourer in the City Market area,” Patil said.

In the video that went viral earlier this week, two youths with their faces covered with a handkerchief are seen emerging from a bylane next to the Chickpet metro station and robbing pedestrians at knifepoint. The police, after reviewing the footage, said the incident probably took place during the lockdown.

The police said that they had received information about the second accused and would nab him soon.

148 arrive from Singapore, no suspect cases

COVID19: Pre-primary schools to be shut in Bengaluru from Monday