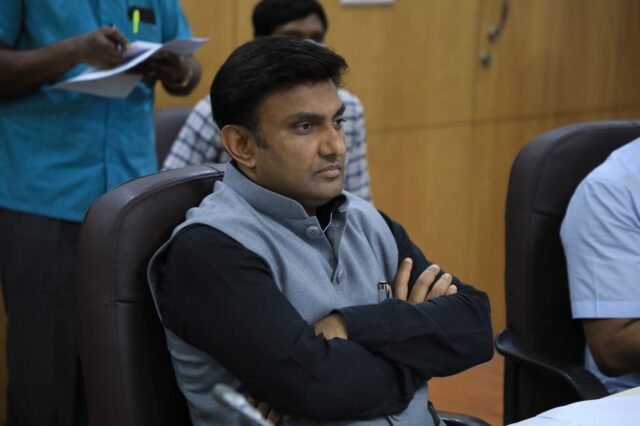 Karnataka Health Minister K Sudhakar on Wednesday said there is no need to panic about reports of tomato flu in neighbouring Kerala, as it is endemic to that State, and instructed authorities in the border district to remain vigilant aimed at controlling its spread.

Tomato flu is a rare viral disease, which causes red-coloured rashes, skin irritation and dehydration, and the disease gets its name from the blisters it causes, which look like tomatoes.

The tomato fever is affecting children below the age of five in Kerala.

”Though some symptoms are similar to COVID-19, the tomato flu has nothing to do with COVID-19. These symptoms are usually seen in other types of viral infections also. There is no need to panic as the authorities have been asked to remain alert. Moreover, the tomato flu is endemic to Kerala,” Sudhakar said.

The main symptom of the tomato flu is large blisters the size of tomatoes which are red in colour. Other symptoms include high fever, body ache, joint swelling and fatigue – much like chikungunya, the Minister’s office said in a statement.

Cases of tomato flu have currently been reported from Aryankavu, Anchal and Neduvathur in Kerala State.

In this background, the border districts of Karnataka – Mangaluru (Dakshina Kannada), Udupi, Kodagu, Chamrajnagara and Mysuru – have been directed to keep a vigil on daily travellers from Kerala and also monitor children for any of the aforementioned signs and symptoms in OPDs of Health Institutions, the statement said.

Further directions have been given to inform the State IDSP (Integrated Disease Surveillance Programme) section immediately if any cases with such symptoms are detected, it said, adding that DHOs of districts concerned and other districts too are directed by the Commissioner of Health to ensure surveillance. PTI

‘Ramayana’ rerun in a time of Covid-19