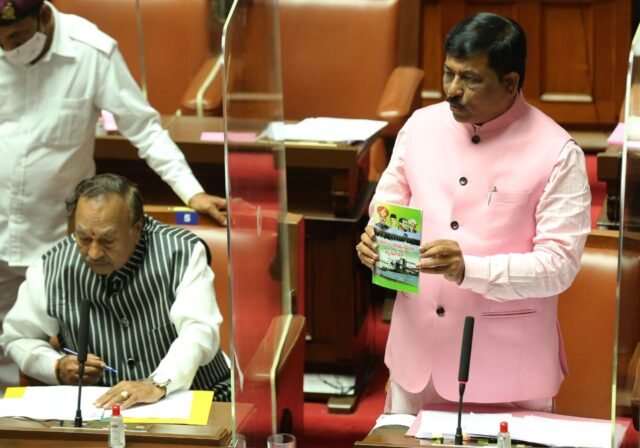 Getting emotional over charges of financial irregularities, Large and Medium Industries Minister Murugesh R Nirani stated in the upper house of the state legislature on Tuesday that he had no intention to bid for the ailing MySugar factory in Mandya.

The Minister said the CM would chair a meeting with farmers and elected representatives on reviving MySugar after the conclusion of the monsoon session.

Nirani was replying to a question in the council on the Pandavapura sugar factory on behalf of Minister Shankar Patil Munenakoppa.

“I got the Pandavapura sugar factory on a lease and restarted it to help farmers, but it was a bitter experience for me,” Nirani said, and added, “I would like to make it very clear that I will not bid for the Mysugar factory.”

Nirani said he restarted the Pandavapura factory amid the coronavirus pandemic but some people were still levelling charges against him. “I invested Rs 50 crore in the sugar factory more than a year ago, but till date I have not received the lease documents. I started it within 90 days to help farmers, but some people have levelled charges against me,” he said.

‘Swearing’ on the name of Goddess Chamundeshwari, Nirani said, “It was decided to use the profits here and I never intended to transfer it to north Karnataka. Many sugar factories have gone bankrupt in the state. It’s not an easy task to run a sugar factory. I had to face charges despite crushing sugarcane on time and making payments to farmers and salaries to workers.”

JDS member KT Srikante Gowda, who had raised the question, suggested that the government make Murugesh Nirani chairman of the MySugar board and use his expertise to make it profitable. BJP member Tejaswini Gowda expressed similar views and wanted the government to use Nirani’s experience to revive the loss-making factory.

Satisfied with the reply of the Minister, members from both the ruling and opposition parties thumped their desks in appreciation.