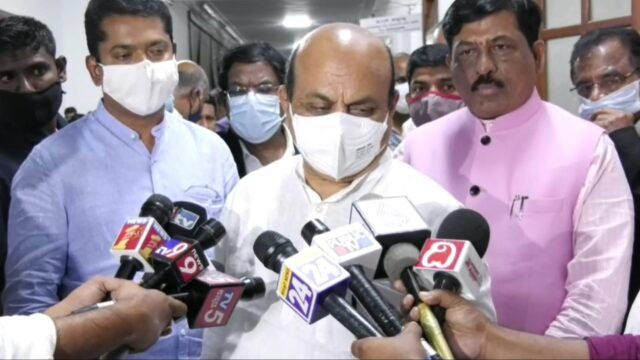 Chief Minister Basavaraj Bommai said on Tuesday that officials following up on the Supreme Court order on illegal religious structures should not demolish temples “in a hurry”.

Speaking to the media, he said at show-cause notice has been issued to the Mysuru DC and Tahsildar for not taking people into confidence before demolishing temples in the district.

He said officials had been advised not to take decisions in a hurry to demolish unregularised temples across the state. Clear guidelines will be issued after a detailed study of the Supreme Court order and cabinet discussions, the CM said.

Also Read: ‘Lord Ganesha will NOT curse you if (illegal) temples are razed’