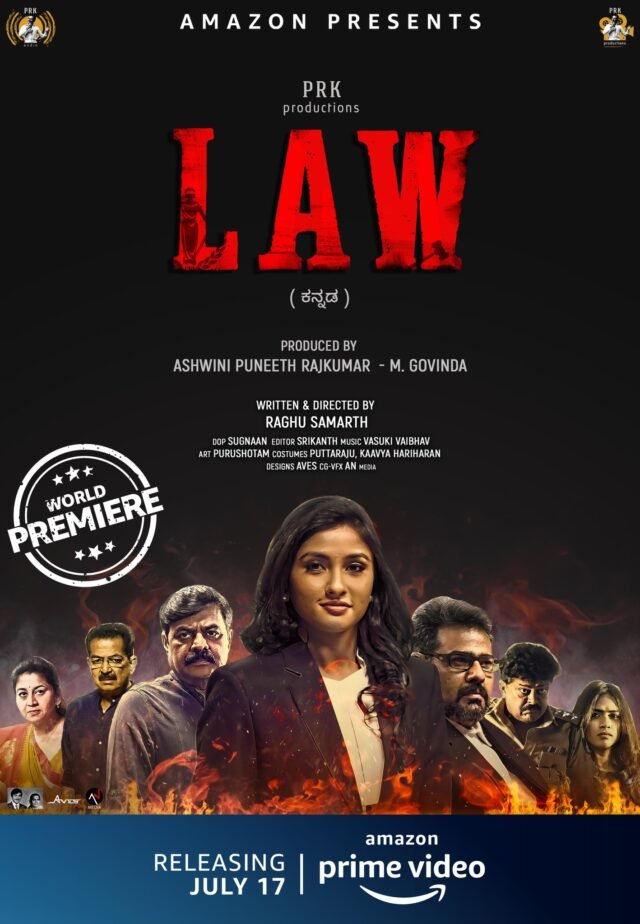 Actor Puneeth Rajkumar’s PRK Production is all set to release the long-awaited movie ‘Law’ on July 17 on Amazon Prime.

In the lead role, Ragini Prajwal debuts as Nandini in the crime thriller. The film is based on the theme of injustice and crimes against women. Raghu Samarth has directed the movie, which is produced by Ashwini Puneet Rajkumar and M Govinda.

It will also mark the debut of actor Prajwal Devaraj’s wife Ragini in Sandalwood. Mukhya Mantri Chandru, Achyut Kumar, Sudharani and Siri Prahlad have important roles in the film.

‘Law’ will be the first Sandalwood film to be released digitally before it is released in the theatres. The film will be released simultaneously in more than 200 countries worldwide via Amazon Prime Video.