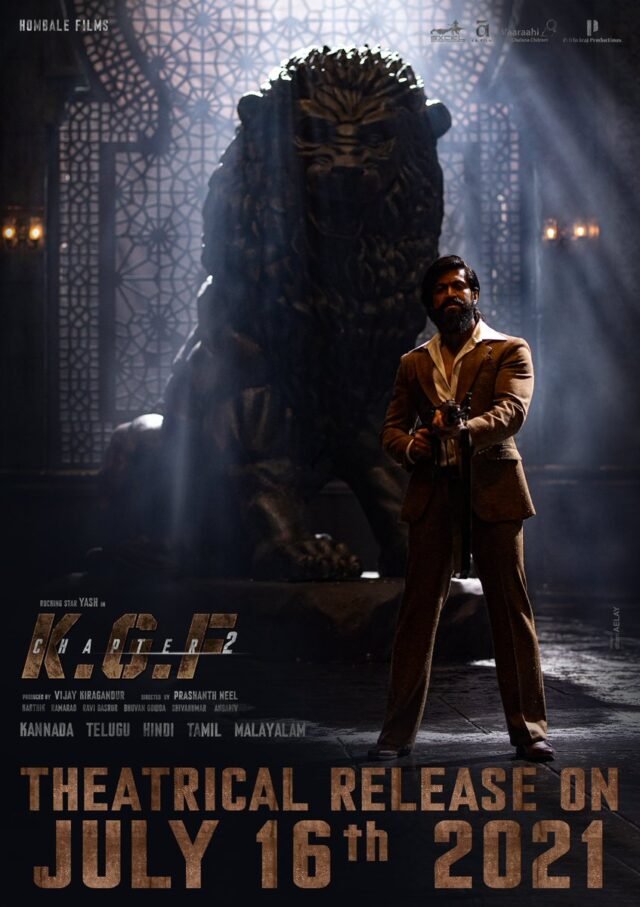 Directed by Prashanth Neel, the film is a sequel to the 2018 period-action blockbuster “KGF”, led by Yash.

It is a multilingual venture and will be released in Kannada, Tamil, Telugu, Malayalam and Hindi.

“KGF” follows the story of Rocky (Yash) who rises from poverty to become the king of a gold mine.

Production on the movie was affected due to the coronavirus-induced nationwide lockdown in March last year and the shoot resumed in August. PTI