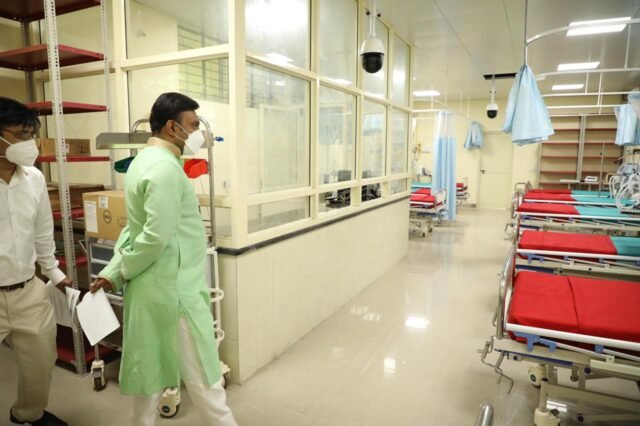 In some encouraging news for citizens of Karnataka, Saturday saw the state’s Covid positivity rate fall below 10% after a gap of 51 days.

🔹25,346 recoveries were reported in the state in last 24 hours including 8,852 in Bengaluru.#KarnatakaFightsBack

The positivity rate on Saturday was 9.69 per cent while the case fatality rate was 2.64 per cent, according to the Health Department.

According to the Health Department bulletin, Saturday saw 18 deaths in Belagavi, 10 in Kolar, nine each in Ballari and Shivamogga, and eight each in Bengaluru Rural, Dakshina Kannada, Dharwad and Hassan. At the other end of the spectrum, there were zero fatalities in Bagalkote, Yadgir and Chikkamagalur.

The state authorities conducted 1,42,291 tests on Saturday, of which 1,00,254 were RT-PCR test. According to the Health Department, a total of 3.04 crore tests have been carried out since last year’s outbreak of the pandemic.

In respect of vaccinations, till Saturday 1.50 crore people have been inoculated across Karnataka, inclusive of first and second jabs.

The murky world of drug abuse