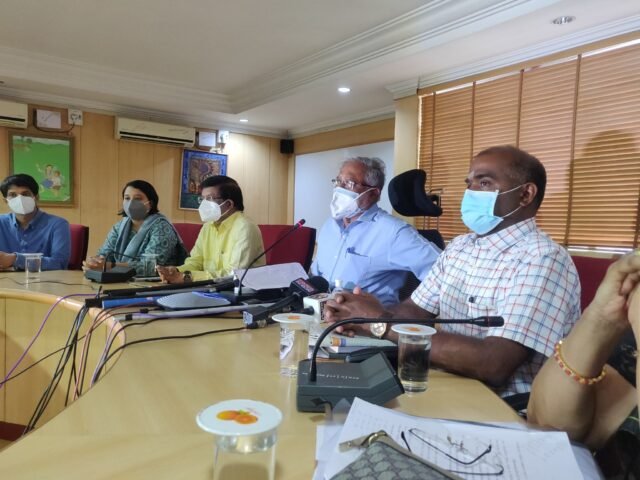 Taking a cue from the Centre’s recent decision to drop the Class 12 CBSE exam in view of the pandemic situation, the Karnataka government has cancelled its own 2PUC (Class 12) exam. However, it will go ahead with the Class 10 (SSLC) examination, for which there will be multiple choice questions and no students will be failed. The announcement was made by Education Minister Suresh Kumar during a presser on Friday morning.

Explaining the decision to hold the SSLC exam, Suresh Kumar said, “The decision to conduct the SSLC examination has been taken as students will need to opt for their future stream — science, arts or commerce — for Class 11, and hence no student will be failed.”

#BreakingNews#Karnataka to go ahead with the #Class10, #SSLCboard examination in July 3rd week#EducationMinister announces that no student will be failed. Results will be declared on grading basis

#BreakingNews#Karnataka announces not to conduct #PUC2nd, #Class12exam. Students to be passed as per grading system — A, B & C based on past performance. Students will have rights to challenge

PUC 1st students will also be passed on past performance#Bangalore #Bengaluru pic.twitter.com/KNF9AiFQR4

Kumar said the examination will be conducted in the 3rd week of July and the timetable will be announced 20 days prior to the exam. “Only three subjects will figure — Science, Mathematics and Social Science. Each of the subjects will have a 40-marks question paper and students will be given 3 hours to solve the multiple choice question paper,” he said.

Around 8 lakh SSLC students will be appearing for the exam at 6,000 centres across the state.

The Minister also said that Class 12 students will be passed on the basis of their performance in Class 11.