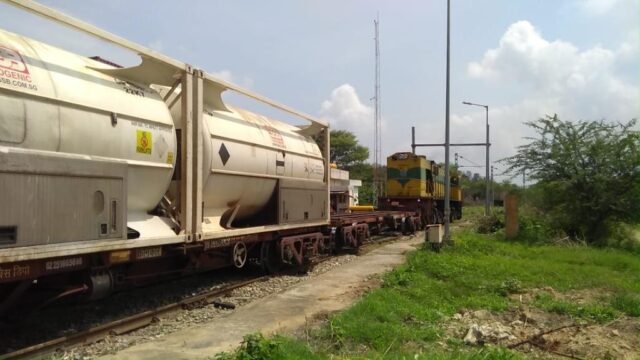 The 25th Oxygen Express for Karnataka arrived here on Friday.

These Oxygen Express trains have immensely helped in improving the availability of liquid medical oxygen in Karnataka during the most difficult phase of pandemic.

SWR’s Bengaluru division DRM Ashok Kumar Verma said, “All these 25 incoming rakes and 25 outgoing rakes have achieved an average speed of over 80 km/h in the Bengaluru division’s jurisdiction. Crew change at inter-change points of JTJ and DMM was achieved in under 5 minutes.”

Some of the trains were run by an all-female crew, a fact that was featured in the Prime Minister‘s ‘Mann Ki Baat’ programme on May 30.

The Oxygen Express trains for Karnataka have carried one of the highest average loadings of liquid medical oxygen per trip. Most of these trains carried six loaded cryogenic containers carrying almost 120 tonnes of LMO.