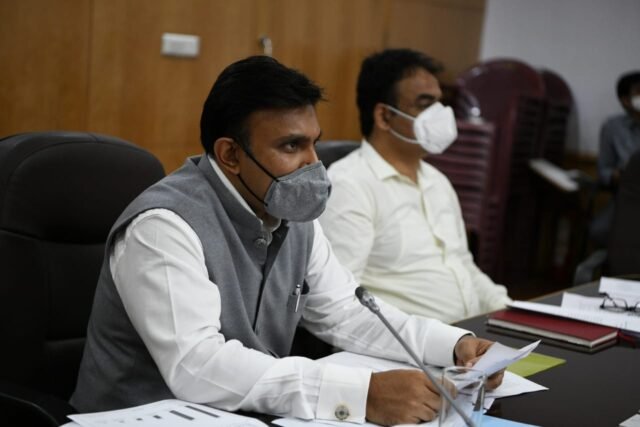 Karnataka has requested the Centre to frame guidelines for the utilization of final-year MBBS and degree students for Covid duty so as to ensure an adequate supply of trained manpower. The state also wants the number of undergraduate and P-G medical seats increased to 10,000 and 2,000 respectively.

These were among the points discussed with Prime Minister Narendra Modi during his  videocon with chief ministers of 10 states on Tuesday. In place of CM BS Yediyurappa, who is in home quarantine after being discharged from a city hospital,  Medical Education Minister K Sudhakar helmed the talks with the PM. Also present from Karnataka’s side were DCM Ashwath Narayan and Chief Secretary T M Vijay Bhaskar.

Briefing reporters later, Sudhakar said the PM had urged state governments to reduce the Covid fatality rate to 1% and ensure tracing of primary contacts  within 72 hours.

Highlighting the steps taken by Karnataka, the minister said testing has been ramped up from 20,000 tests to nearly 50,000 per day, and will be increased to 75,000 with a good mix of RT-PCR and Rapid Antigen tests. 1,300 mobile testing teams have been deployed for RA tests.

The minister said 3,246 home quarantine violators have been moved to institutional quarantine, 12,000 arrested and 5,821 FIRs filed.

Sudhakar claimed the case fatality rate had reduced from 2.1% in July to 1.8% in August.

Participated in the video conference held by PM @narendramodi and Defence Minister @rajnathsingh with Chief Ministers of several states. Briefed Hon'ble PM about the measures taken by State Government to contain the spread of pandemic. (1/2)@BSYBJP pic.twitter.com/jb6YtvII46