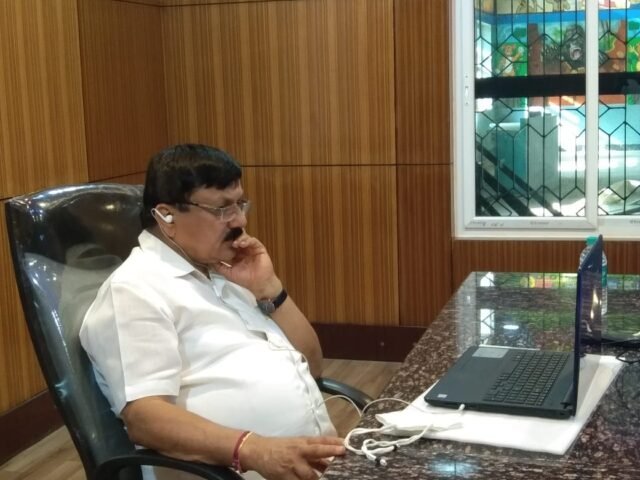 Karnataka Home Minister Araga Jnanendra on Tuesday warned action against illegal activities taking place inside the Bengaluru Central Jail saying that those involved in such activities will face consequences.

Jnanendra’s warning came after the accused in right-wing activist Harsha’s murder case in Shivamogga made a video call to their relatives from inside the prison recently. The video went viral showing serious lapses inside the prison.

”We will not tolerate any illegal activities inside the prison. We will take stringent action against those involved in it,” Jnanendra was quoted as saying in a statement issued by his office.

Following the incident, raids were carried out inside the Central Jail at Parappana Agrahara leading to the seizure of phones, sharp-edged weapons and narcotics.

According to a statement issued by his office, seven people have been booked under various charges in the past one week and four people have also been arrested including two police personnel. Those held were in possession of a mobile phone, cannabis and psychotropic substance.

The two personnel who were arrested had allegedly let go a new inmate who had hid a mobile phone inside the bandage in his leg, the statement read.

The officials apprised Jnanendra about the security mechanism, problems faced by the prisoners and medical facilities available inside the jail.

Speaking to reporters, the Home Minister said an investigation is on to find out how the killers of Harsha got the phone. In this connection, one person has been arrested.

The Home Minister said a decision was taken to install a mobile jammer inside the jail, so that people cannot use smartphones compatible for 5G network.

Investigation is on into an incident of a football filled with cannabis thrown inside the prison, he said.

Jnanendra said it was brought to his notice that the relatives of the prisoners are being extorted, for which stringent action will be taken. PTI