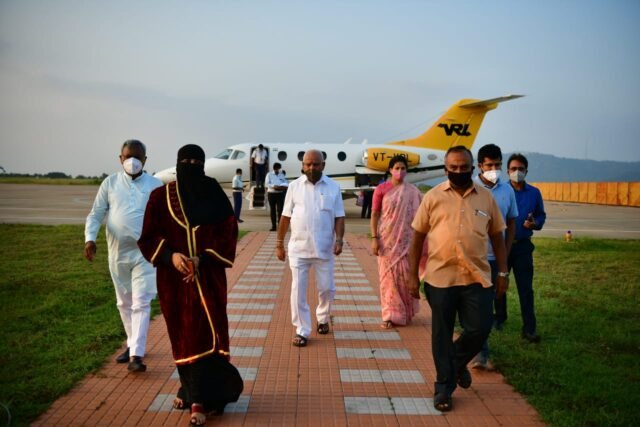 Karnataka Chief Minister B S Yediyurappa on Friday said that Rs 85.49 crore was released to take up emergency relief works in rain affected areas in several parts of north Karnataka.

The government has also released input subsidy to the tune of Rs 36.51 crore for crop loss suffered by 51,810 farmers during flooding reported in the previous months.

Yediyurappa, who chaired a review meeting with Deputy Commissioners, Zilla Panchayat Chief Executive Officers and top police officials of over a dozen flood-hit districts, directed officials to ensure the Covid-19 standard operating procedures are followed in the relief centres that have been set up.

There are sufficient funds with the concerned Deputy Commissioners. I also appraised the Centre. I have spoken with the Union Home Minister Amit Shah and he has assured cooperation,” Yediyurappa told reporters. “We are committed to protect the interests of our farmers,” he added.

Due to a depression in Bay of Bengal, districts such as Bidar, Kalaburagi, Raichur, Yadir, Bellary and others received very heavy rainfall resulting in record inflow in Bhima river and its tributaries.

Residents in villages who might be susceptible to flooding should be shifted to relief centres where masks should be provided and social distancing maintained, Yediyurappa said.

Measures should be taken to shift any patients with Covid-19 symptoms to hospitals, Yediyurappa said during his review meeting.

Speaking to newsmen at the airport here he said that he already held a detailed discussion with concerned officers on the flood situation. Necessary measures have been taken in the affected villages.

Yediyurappa who arrived here to participate in Dasara festival commencing here, said he will tour the north karnataka to assess the situation. Besides, Revenue Minister R Ashok visited some of the affected and others will also visit soon.

The officials have been asked to estimate the loss of the property and crop which will take at least one weeks time and they submit their comprehensive report on that basis the decision will be taken. (Agency)

Show-cause to Bengaluru hospitals for turning away dying patient