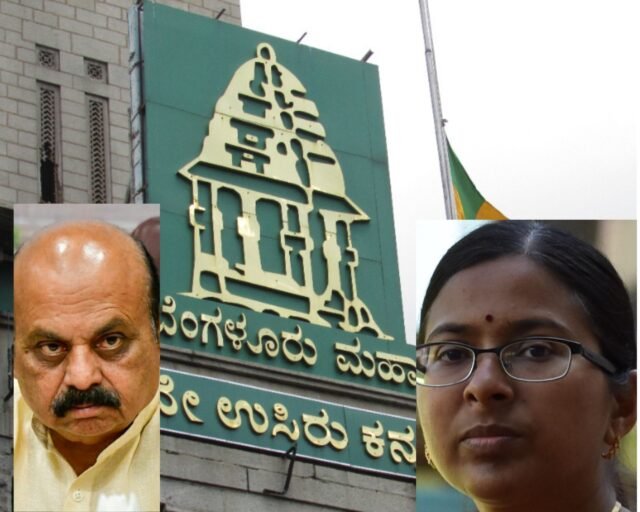 Karnataka Chief Minister Basavaraj Bommai has paid put to the ‘recommendation’ of IAS officer Thulasi Maddineni of Rs 50 lakh of taxpayers’ money in financial assistance to a private school in Bengaluru – a ‘proposal’ that contravened basic government norms.

The CM’s cancellation order of Maddineni’s ‘recommendation’ was issued by the Urban Development Department on July 1. A copy of the order, available with TheBengaluruLive, clearly states that the Chief Minister has scrapped the lady IAS officer’s ‘recommendation’.

Apart from first reporting on Maddineni’s ‘proposal’, TheBengaluruLive was the only news agency that tracked the response on the controversial issue of senior IAS officers – from then BBMP Commissioner N Manjunatha Prasad and his successor, IAS officer Gaurav Gupta, to BBMP Administrator Rakesh Singh who is also Additional Chief Secretary, UDD.

Read here: What is IAS officer Thulasi Maddineni’s ‘intention’ in proposing Rs 50 lakh of taxpayers’ money for the construction of a private school?

Sources told TBL that several IAS officers, including Thulasi Maddineni and former BBMP Commissioner B H Anil Kumar, had wanted to ‘help’ the Banjara Lambani Samaj with financial assistance of Rs 2 crore for the construction of a private school on land leased out by the Karnataka Housing Board.

But a politician who was meticulously tracking the relevant file in BBMP had made an oral complaint to Chief Minister Basavaraj Bommai against the IAS officers, compelling the Chief Minister to call for the file. Some officers in the Urban Development Department made a noting to the effect that neither BBMP nor the state government could give a nod for the use of taxpayers’ money for the construction of private schools.

Maddineni had made two proposals for the CM’s consideration – to cancel the tender of Rs 1.75 crore (negotiated for Rs 1.40 crore) for the construction of the private school, and, secondly, to allot Rs 50 lakh in financial assistance to the Banjara Lambani Samaj.

On the Chief Minister’s directive, a strong note was issued by UDD Under Secretary Lakshmisagar NK to the effect that the government has gone through the proposal and recommendations and that the amount had been sought for the construction of a private school for private purposes. The note added that since the recommendation itself was against the law, it stood rejected.

17,879 households in Malleswaram to get new water connections