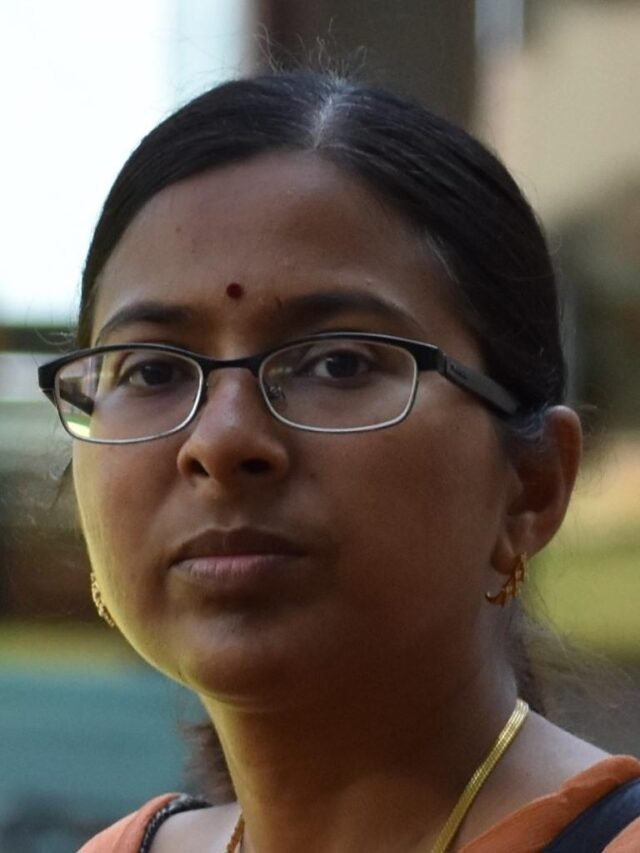 The 2005 batch IAS officer has recommended the grant under ‘financial assistance for education programmes for SC/ST’, despite there being no such provision in law

In yet another example of how IAS officers bend the rules to favour their political masters – and how important it is to have a watchdog panel overseeing the activities of bureaucrats – TheBengaluruLive is breaking a story of wrongdoing by IAS officer Thulasi Maddineni (currently BBMP Special Commissioner, Finance and Special Commissioner, South zone), who has violated all the norms to recommend a grant of Rs 50 lakh to a private educational institution run by a Congress politician.

Earlier, TheBengaluruLive had broken a story of how former BBMP Commissioner BH Anil Kumar had bent the rules in approving a Rs 93-crore grant under the 14th Finance Commission for civic works through Karnataka Rural Infrastructure Development Corporation (KRIDL) without taking the approval of the state government, of which a major chunk of Rs 40 crore was released to the then BJP Mayor M Gautham Kumar’s Jogupalya ward. (Currently, the contractors concerned have put all the works on hold while BBMP has held back payments for a few works which have been completed.)

Maddineni, a 2005-batch Karnataka cadre IAS officer, is now caught on the back foot after she proposed releasing a grant of Rs 50 lakh for the Banjara community under the ‘Financial Assistance for Education Programmes for SC/ST’.

As per the documents accessed by TheBengaluruLive, the recommendation made by Maddineni (in English) reads: “The job code was issued on 17.06.2020. As the head of the legal cell has opined, BBMP cannot construct buildings on private property for private use. We have a window of giving financial support to organisations which are involved in social work. It appears that this organisation has already received a grant of Rs 25 lakh on 06.03.2020 before the job code was issued. If we give money based on the job code, we will be making BBMP open for many other such proposals. Therefore, it is proposed that the job code may be cancelled because it is ‘ultra vires’ and cannot be justified.”

Her proposal goes on to say: “However, it is proposed that since it is a social welfare work, a grant of Rs 50 lakh may provided in P3823 — ‘Financial Assistance for Education Programmes for SC/ST’, since it is in the education sector. File is submitted for directions.”

Meanwhile, Maddineni in her note sheet says, “…It appears that the organisation has already received a grant of Rs 25 lakh on 06.30.2020 before the job code was issued.” At this point, TheBengaluruLive would like to enlighten the lady IAS officer that the said Rs 25 lakh has not been received by the Banjara community but is still in BBMP’s account in the Yelahanka zone.

A top source in BBMP said that the entire file’s note sheet which runs into more than 75 pages should have been scrapped at the initial stage itself, as BBMP cannot issue any kind of grant to any private institution or private educational institution to construct a school. But all successive commissioners have shied away from cancelling the proposal. While former Commissioner N Manjunatha Prasad had once cancelled the proposal, his successor BH Anil Kumar gave new life to it by releasing Rs 25 lakh out of a total demand of Rs 2 crore made for the construction of the school. When he back in the saddle later, Manjunatha Prasad had another chance to cancel the proposal but did not. Again, his successor, current Chief Commissioner Gaurav Gupta, or even Special Commissioner (Finance) Thulasi Maddineni had an opportunity to cancel the proposal. But, as the saying goes, who will bell the cat? No IAS officer has dared to take the Congress politician in question head-on by cancelling the grant proposal.

Therefore, in light of Maddineni’s proposal to release an amount of Rs 50 lakh to the private institution, the role of BBMP Administrator Rakesh Singh (who is also Additional Chief Secretary) becomes crucial. It remains to be seen whether he does the right thing by cancelling the proposal or plays safe like his fellow-IAS officers.

Meanwhile, BBMP Chief Commissioner Gaurav Gupta has ‘passed the buck’ by forwarding the file to the BBMP Administrator.

Sources close to BBMP’s bureaucracy say Rakesh Singh is likely to send back the file on the ground that ‘no budgetary allocation’ has been made to release any such funds to private organizations. But even he will not dare to cancel the entire proposal itself, nor will he question the grounds on which the entire file was built up, the sources say.

What is the issue?

The Banjara community made a representation to BBMP on August 25, 2018, seeking a grant-in-aid of Rs 2 crore for the construction of a school building on a civic amenity (CA) site taken on lease from the Karnataka Housing Board. In that connection, the then Congress Mayor, Sampath Raj, had proposed a budgetary allocation of Rs 2 crore.

However, the then Taxation and Finance standing committee chairman M Shivaraju had scrapped the proposal, stating that the said school building does not belong to BBMP and hence releasing taxpayers’ money to a private institution will violate BBMP’s financial norms. But the then BBMP Commissioner, N Manjunatha Prasad, had recommended undertaking the work through KRIDL.

Later, the then BJP opposition leader in the BBMP Council, Padmanabha Reddy, wrote a letter on August 13, 2019 to BBMP Commissioner N Manjunatha Prasad, demanding cancellation of the job code as granting taxpayers’ money for the construction of a private school would set a bad precedent. On the basis of Reddy’s letter, Prasad immediately directed BBMP officials to cancel the job code.

Interestingly, the then BBMP Commissioner, BH Anil Kumar, in his file notings of December 23, 2019 said: “In view of the demand by various organisations for grants and that the available fund budget is limited….we may consider sanction of Rs 2 crore but release Rs 25 lakh in the first installment.”

Seeing as to how developments were unfolding that would have meant giving away taxpayers’ money to the former cabinet minister and Congress leader for the construction of a private school, TheBengaluruLive decided to make a representation on August 31, 2020, seeking cancellation of the job code.

Playing safe, the then Commissioner, Manjunatha Prasad, place a council note before the then Administrator, Gaurav Gupta (now Chief Commissioner), seeking his order on either cancellation of job code as requested by TheBengaluruLive or approval to undertake the construction.

Gupta also played safe and on March 22, 2021 directed submission of an action taken report on the complaint filed by TheBengaluruLive.

What the legal team says

After much dilly-dallying, the file has finally reached the BBMP’s legal cell. The head of the legal cell, KD Deshpande, has opined that there is no provision made to release grants to private institutions under the KMC or BBMP Acts. But Deshpande too has passed the buck and directed the file to the finance department, stating that as the proposal relates to releasing grants, an opinion from the chief accounts office can be obtained.

But notwithstanding these developments, Maddineni seems set on creating a bad precedent with her proposal to release Rs 50 lakh of taxpayers’ money for the Banjara community for the construction of a private school.