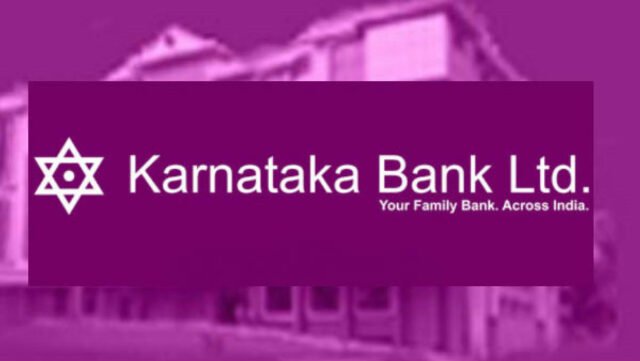 Karnataka Bank on Saturday reported a net profit of Rs 114.05 crore for the first quarter of the current financial year, registering a year-on-year growth of 7.69 per cent. The operating profit of the Bank stood at Rs 412.65 crore as on June 30 this year. The Net Interest Income increased to Rs 687.56 crore for the quarter ended June 30 as against Rs 574.79 crore for Q1 FY22 with a year-on-year growth rate of 19.62 per cent.

Commenting on the results, Mahabaleshwara MS, Managing Director and CEO of Karnataka Bank, said, “Despite multiple headwinds, the Indian economy has grown in line with RBI’s range predictions for GDP in the first quarter of the current fiscal year. We saw a tangible recovery in contact-intensive sectors even as the rest of the economy held firm.” “At Karnataka Bank, we too started the New Financial Year with a comfortable first quarter, wherein the growth has been consistent and broad-based as our credit grew by 13.03 per cent YoY and CASA by 12.51 per cent YoY,” he said.

He said in spite of a temporary aberration of a corporate advance, which required 100 per cent provisioning, the slippage ratio is at 1.03 per cent and the net profit also grew by 7.69 per cent YoY. NIM has further improved to 3.33 per cent and the increasing trend in NIM indicates the consistent improvement in all the contributing factors and is on the expected lines, he said.

“Going forward, I am confident that with robust opportunities in the economy, we will continue to build up sequential momentum and hope to be consistent in our performance by working as per plan to ensure a sustainable growth,” he added. (ANI)