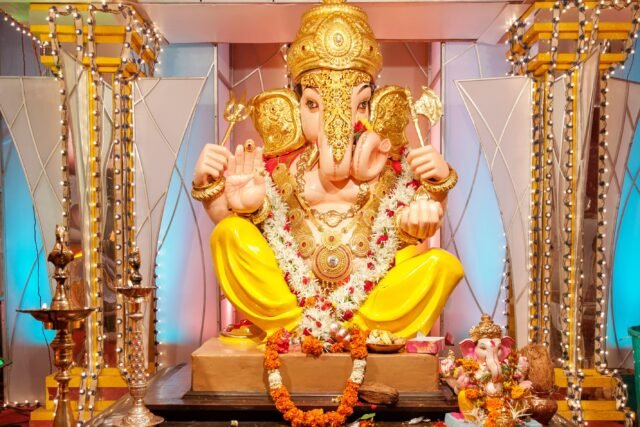 Night curfew continues during the festival after 9 pm

“The government has decided to allow installation of Ganesh idols in public places for a maximum of five days in the districts where covid test positivity rate is less than 2%,” said revenue minister R Ashoka after a high-level meeting with the technical experts.

Ashoka also said that the idols must be immersed within five days at designated ponds.

The Minister also announced that the government has restricted procession while taking the idol for immersion.

According to the guidelines, not more than one Ganesha pandal can be set up in each ward. The guidelines also disallow immersion of the idols post 9 pm.

The guidelines issued by the Revenue department principal secretary Tushar Giri Nath have also not allowed any cultural programs during the Ganeshotsav celebration.

Apartment associations, Local Ganeshotsav Samiti’s have been permitted to celebrate on their premises. A maximum of 20 people present at a time has been allowed.

Ganeshotsav celebrations are banned in border taluks where the positivity rate is found over two percent.

Ashoka said: “The idols should be immersed only at the designated tanks or ponds.”

The existing night curfew continues during the festival celebration and people are prohibited from venturing out after 9 pm.