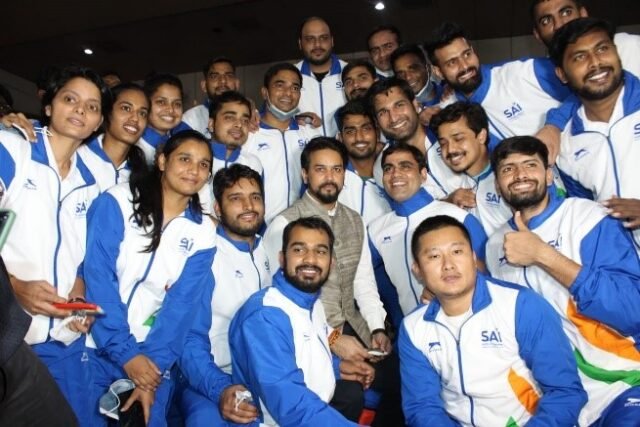 Union Minister for Youth Affairs and Sports Anurag Thakur on Sunday urged all the sports federations to formulate big plans for 2024 and 2028 Olympics so that India improves its position further.

“All the sports federations have to play an important role and we have to work together to formulate a big project so that in 2024 and 2028, India”s position improves further,” Thakur, who also holds the Information and Broadcasting portfolio, told reporters.

Thakur is here to take part in a host of events including interaction with the athletes.

According to him, the public perception towards sports has changed with the government giving impetus to athletics, which resulted in India”s impressive performance in the Olympics and Paralympics.

“The biggest thing is the changing attitude towards sports. When the government is giving all sorts of facilities and when the Prime Minister Narendra Modi himself speaks to the sportspersons and encourages them, it has impact on every section of the society, whether be it individual, corporate, sports associations or any other organisation,” Thakur said.

Future of Indian sports is in the hands of coaches: Union Minister @ianuragthakur while addressing the Teachers' Day Celebration at Netaji Subhas Southern Centre, Sports Authority of India, Bengaluru.

The Minister recalled that when he was in the flight, people came and complimented him saying that India has done well in the Olympics and Paralympics.

He said the response cricket used to get is now seen for Olympics games.

India won seven medals in the Tokyo Olympics including one gold and two silvers, while in Paralympics this year, the country won 19 medals including five gold and eight silver. PTI

Seers, even Cong leaders, warn BJP of backlash if CM Yediyurappa is replaced