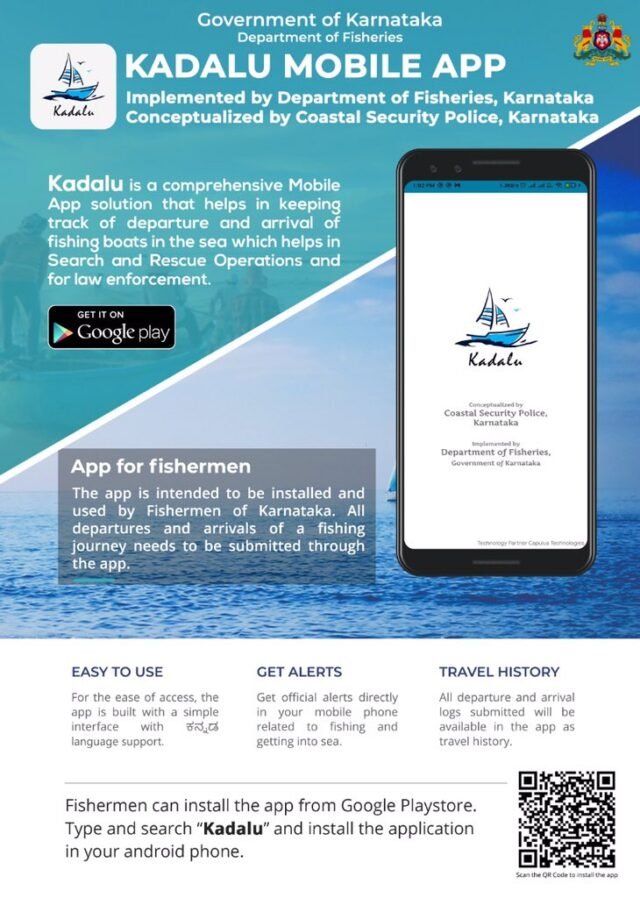 The Coastal Security Police on Friday launched ‘Kadalu App’ to help fishermen to submit information about their arrival and departure from the fishing harbour using android mobile phones.

The Coastal Security Police conceptualised the app and developed it for the Department of Fisheries. It was launched by Karnataka Minister for Fisheries Kota Srinivasa Poojary at a fishing awareness programme held at Moodukudu, near here.

Coastal Security Police Superintendent of Police R Chetan said that the personnel maintained manually the account of fishing boats leaving and entering the fishing harbour. With the manual system, it was difficult for Coastal Security Police to keep count of the number of fishing boats in deep sea and initiate search and rescue operations when there is inclement weather.

With the app, those leaving on registered fishing boats can post details about the members onboard and upload their group photos before leaving the harbour. This information has to be uploaded even after returning to harbour with catch.

“With this system, we will have clear idea of boats that are in sea at a given time and it will facilitate initiating search, rescue and other operations,” he added.

Mr Chetan said that in the next few days fishermen will get weather updates on the app. They will also provide information about places where fish will be available.