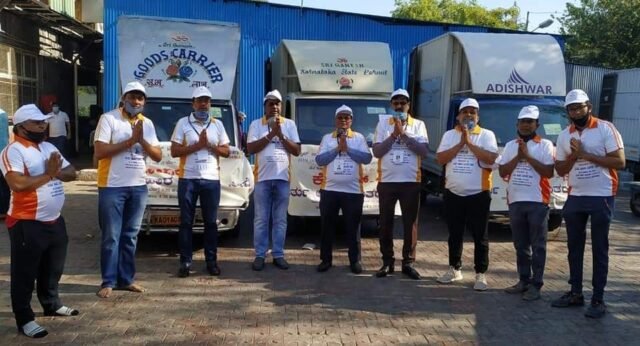 NGO is a godsend to thousands of daily wagers

Jain International Trade Organization (JITO), an NGO of the Jain community, is helping the poor by distributing food packets across Bengaluru. This arrangement will continue till April 14, and the food is being prepared at Palace Grounds and is distributed in 6 zones of the city.

Before starting the food distribution, the JITO team contacted the Labour Department, the police administration and BBMP. Project chairman Paras Bhandari said, “We have received a list of construction workers and other daily wage labourers working in various sectors in Bangalore. The department has provided a list of 27,000 workers. JITO has made arrangements for food for 14,000 workers initially. The arrangements for today’s meals were excellent. Apart from this, if a person is found anywhere else, he will also be given food packets.”

The chairman of JITO, Sripal Khinwasra said Bengaluru has been divided into six zones with a view to distributing food packets. These include Mysuru Road-Kengeri Road, Rajajinagar-Peenya-Yeshwantpur, Yelahanka-Jakkur-Devanahalli, Jayanagar-Uttarahalli-KR Road, Mahadevapura-Whitefield, and others.

Section 144 extended till May 19 in Bengaluru