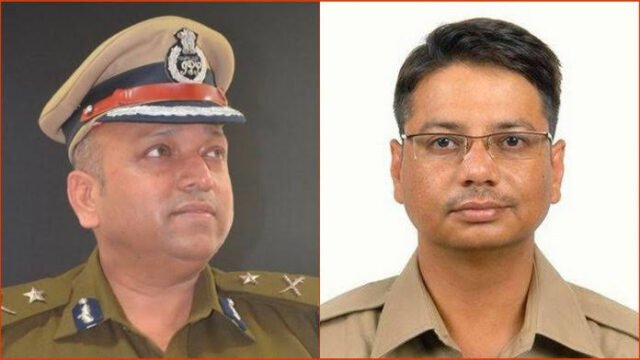 Could it be because one of them is handling Rs 700-crore CCTV tender?

Could it also be because 1998 batch IAS-IPS cabal is shielding Nimbalkar and Hilori?

While it may be premature to say which of the accused persons in the I-Monetary Advisory (IMA) mega-crore ponzi scam will be convicted, it is increasingly clear that the state government is bending backwards to ‘shield’ the two senior IPS officers who are among those mentioned in the CBI chargesheet. The central investigative agency had recommended a departmental enquiry against all the government officers accused in the scam, and the government has obliged by suspending the officers involved – with the exception of IPS duo Hemant Nimbalkar and Ajay Hilori.

In its report to the state government, the CBI had detailed the alleged relationship between the IMA bosses and the officials, including the cops, and had sought the government’s permission for prosecution. In response, the government ordered the suspension pending an inquiry of LC Nagaraj, Assistant Commissioner, Bengaluru North, EB Sridhara, Dy Sp, CID, EOD, Bengaluru, M Ramesh, Police Inspector, City Special Branch, and Gowri Shankar, Sub Inspector, Jeevan Bhima Nagar police station, Bengaluru.

But nearly two months after the CBI chargesheet in October, the government continues to drag its feet in the case of Nimbalkar (Additional Police Commissioner, Administration, Bengaluru City Police Commissionerate) and Hilori (KSRP Commandant). This sequence of events indicates that while the government has no compunction in acting against accused Karnataka Police Service officers, it has its blinkers on in the specific case of the IPS duo.

In fact, one of the IPS duo is in charge of the Rs 700-crore ‘Nirbhaya project’ which proposes to cover all of Bengaluru city with CCTVs to keep a check on crime, and is also rumoured to be close to a minister handling a plum portfolio in the Yediyurappa cabinet. “This could be one of the reasons why these officers have not been suspended,” said a source.

The state’s Department of Personnel and Administrative Reforms has also shown little interest in pushing ahead with the procedure of getting the IPS duo suspended. It is believed that following tremendous pressure on the DPAR, the department submitted its proposal through Chief Secretary TM Vijay Bhaskar to the Chief Minister, but the file was returned with remarks which are yet to be disclosed to the media.

“Some officers in the secretariat are hesitant to take on one particular IPS officer as he has a reputation for arm-twisting,” said an official source who is closely monitoring the related developments. “As both the IPS officers are still in service, there are possibilities that they will try to put pressure on the investigative agency through various platforms, or even on other government officers, so that the case is not handled in a manner which can harm them,” the source added.

Meanwhile, IMA boss Mansoor Khan remains in judicial custody while former Congress minister R Roshan Baig was the ‘biggest fish’ to be arrested on Sunday by the CBI. Sources say more arrests, including of some police officers, may follow in the near future.

‘Empty’ Covid centres in city may be closed