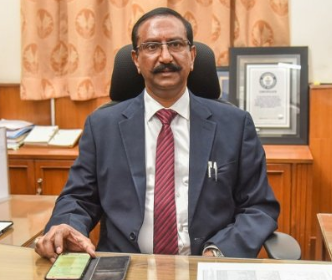 BH Anil Kumar says “no truth in the complaint”

The Anti Corruption Bureau (ACB) has written to the state government seeking permission to investigate corruption charges against senior IAS officer BH Anil Kumar while he was BBMP Commissioner from August 2019 to July 17, 2020. Kumar is currently Additional Chief Secretary, Department of Public Enterprises.

RTI activist BH Veeresh had lodged a complaint with the ACB on May 2, alleging that Anil Kumar was involved in a multi-crore bogus bills scam.

Top ACB sources said the government has not yet responded to its request. The ACB is not allowed to initiate an investigation against decisions or recommendations made by government employees without the prior approval of the recruitment authority. The ADGP of the ACB has sought permission to investigate the allegations under the Prevention of Corruption Act, 1998.

Veeresh said, “I have filed seven complaints with the ACB against BH Anil Kumar, former BBMP Commissioner. ACB officials had asked for additional documents which I have provided.” He added, “ACB officials have sought permission from the state government to investigate four cases.”

However, money was allegedly paid for works undertaken in the form of a BBMP grant without releasing the funds. The Commissioner’s actions allegedly benefited contractors.

American Road Technology and Solutions was awarded the lease for repairing arterial and sub-arterial roads using a Python machine. The lease period was for two years and was renewed for one year.

For Package A, work orders of Rs 2.99 crore and Rs 6.38 crore were approved, For Package B, a work order of Rs 2.88 crore was approved. A total of Rs 6.58 crore was allegedly paid illegally.

Responding to an SMS sent by TheBengaluruLive, Anil Kumar said, “There is no truth in the complaint filed.”

Show-cause to Bengaluru hospitals for turning away dying patient

Thumbs up to ‘Namaskara’!