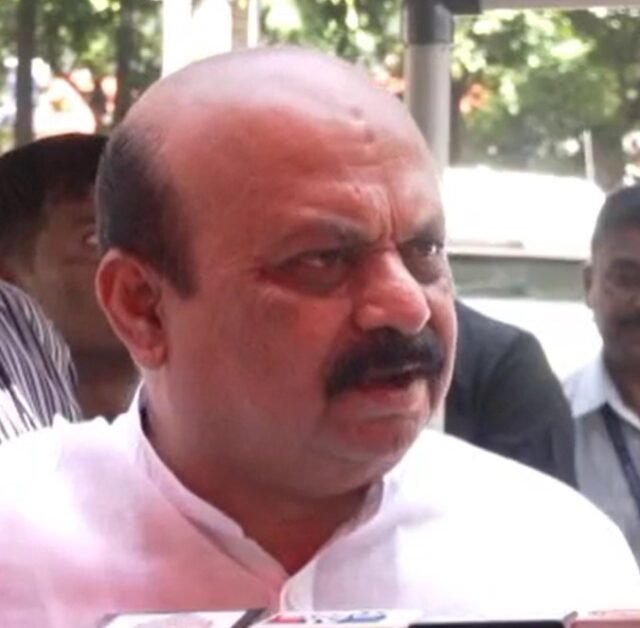 Karnataka Chief Minister Basavaraj Bommai on Saturday said the government has not yet thought about further cut in fuel tax, following the Centre’s recent decision to reduce excise duty on petrol and diesel.

Bowing to public pressure, Union Finance Minister Nirmala Sitharaman on May 21 had announced a Rs 8 per litre cut in excise duty on petrol and Rs 6 a litre on diesel to avoid increase in fuel prices that were necessitated due to surge in international oil prices.

Also, the Central government had decided to give Rs 200 per cylinder subsidy to Ujjwala Yojana beneficiaries for 12 cylinders in a year to help ease some of the burden arising from cooking gas rates rising to record levels.

”No we have not yet thought about it…,” Bommai said in response to a question on whether the state government has thought about any cut in fuel prices, following the Centre’s decision.

Ahead of leaving for the Swiss ski resort town of Davos, to take part in the World Economic Forum’s Annual Meeting, Bommai on May 22 had said, his government will consider a further cut in fuel tax, following the Centre’s decision.

He had earlier maintained that any decision in this regard will be taken after looking at the economy of the state.

The Chief Minister returned from Davos on Friday.

Mass marriage scheme back on track

DCGI approves anti-COVID drug developed by DRDO for emergency use