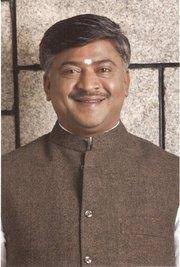 Former Karnataka minister Varthur Prakash was allegedly abducted by eight people on November 27 but released the next day, police sources said on Tuesday.

According to them, Prakash was released near Hoskote on the outskirts of Bengaluru on November 28.

“Prakash has stated that he was abducted along with his driver by a gang of eight people when he had gone to his farmhouse in the Kolar Gold Fields,” a source said, adding the former minister was allegedly driven to a secluded place and tortured.

When reporters sought to know about the incident, Prakash said, “I will let you know.”

Prakash had twice won as Independent MLA from Kolar constituency and was a minister in the BJP government in Karnataka from 2012 to 2013. He had founded his own political party — Namma Congress — in 2017 but he lost the 2018 assembly election to K Srinivasa Gowda from Kolar. PTI