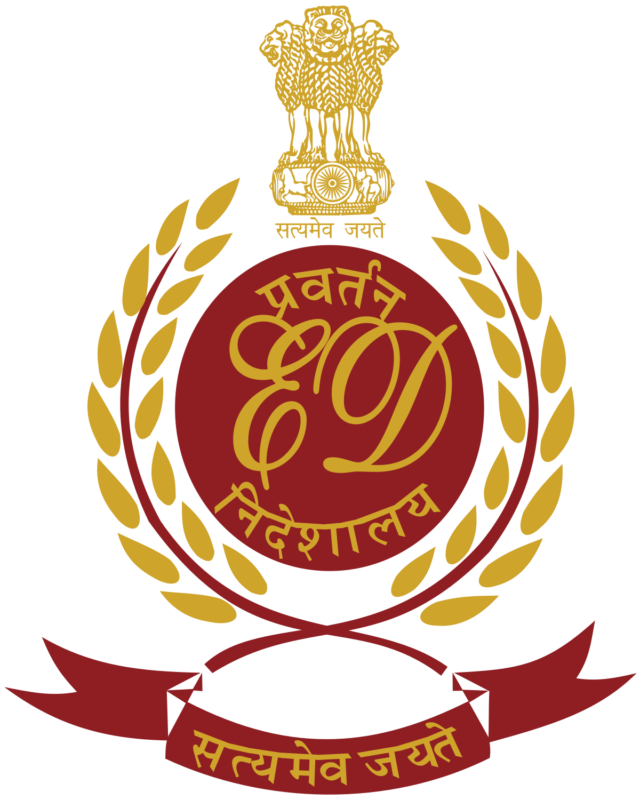 The Enforcement Directorate (ED) has arrested the Indian director of a Hong Kong-based company on money laundering charges in a case linked to alleged multi-crore bank fraud “under the guise of” merchant trade, the agency said on Wednesday.

Anup Nagaral, director of Hoewelai Jinsu, was arrested under sections of the Prevention of Money Laundering Act (PMLA) and a special court has sent him to judicial custody till January 17, it said in a statement.

The man was named as an accused by the agency in its charge sheet filed in this case in March, 2019 before a special PMLA court in Bengaluru.

ED has arrested Anup Nagaral, Director of M/s Hoewelai Jinsu, Hong Kong, SAR, China Ltd. under PMLA, 2002 in a case connected with fraud of USD 249.572 million committed on banks under the guise of Merchant Trade.

The ED case was booked after taking cognisance of a July, 2009 FIR of the Bengaluru police.

Nagaral was also arrested by the CBI in December last year in the same case after he returned to India and appeared before it.

He later got bail in the CBI case.

As Nagaral was not appearing before the PMLA court for trial, the ED said, the special PMLA court issued an arrest warrant against him on December 31 (2021).

The warrant has been executed and he was arrested, the agency said.

The man is linked to an alleged fraud perpetrated against the Spices Trading Corporation Ltd (STCL).

Probe found, the ED said, that two companies called FMPL and FEIPL “did not” honour the tripartite agreements that they had entered with STCL and overseas buyers and sellers.

“FMPL and FEIPL had guaranteed the payments to be made by the overseas buyers.

“FMPL and FEIPL chairman Naveen Sriram and managing director Sudheer Sriram had executed deed of personal and corporate guarantee in favour of STCL against the latter agreeing to provide finance for the merchandise trade transactions and this corporate guarantee could be invoked by STCL in the event of any default in repayment of amount due to STCL,” it said.

STCL “established irrevocable LCs (letters of credit) for the usance period of 90 days. However, the LCs were devolved due to non-payment by overseas buyers which was guaranteed by FMPL and FEIPL causing wrongful loss of USD 249.57 million to STCL”.

Nagaral, it said, is the director of one of the entities (Hoewelai Jinsu, Hong Kong) in the “buyer leg” of the tripartite merchandise trade.

After the ED filed the chargesheet, a letters rogatory (a legal document issued by a court authorising action by a probe agency abroad) dated 28.07.2021 was issued for serving of summons to Nagaral. PTI