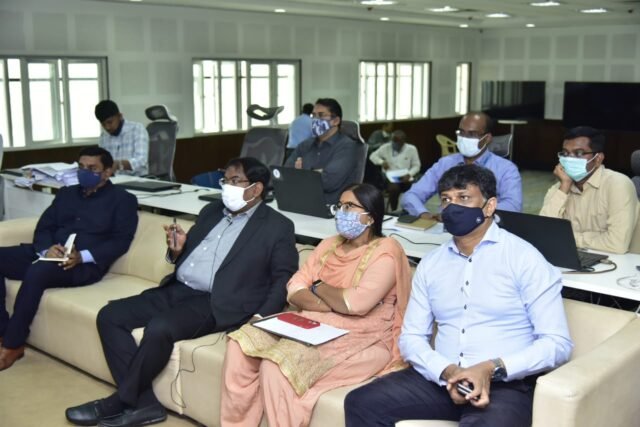 After HC rap, Manjunatha Prasad orders list of all illegal religious structures on govt and private land by Feb 15

Well aware of the sway of religious symbolism and sentiment over officials when it comes to demolishing illegal religious structures in the city, BBMP Commissioner N Manjunatha Prasad has pointedly advised his team that they should not be influenced by fears of being ‘cursed’ if they demolish illegal Lord Ganesha or Lord Shani temples.

After the Karnataka High Court came down heavily on BBMP recently for its laxity in taking action against unauthorised religious structures in Bengaluru, the civic chief has issued fresh orders for a survey, to be concluded within a week, of religious structures constructed on government land as well as on private property.

‘Work as per law’

At a virtual meeting with his staff on Tuesday, Prasad said officials should not be apprehensive that they will be ‘cursed’ if they demolish Ganesha temples because of the symbolic description of the deity as ‘vighnaharta’ (remover of obstacles). “We are officers and we are working under the law, and we need to follow it. A few days ago, I had directed the Mahadevapura Joint Commissioner to undertake demolitions in his jurisdiction. I let him know that I will visit the area and undertake demolitions myself if he fails to do so. Hence, without fear, all team members need to take up demolitions as per the directions of the Supreme Court and the High Court,” Prasad said.

No HC direction on private structures

Issuing directions to his team, the Commissioner said the High Court had not issued any specific directions on undertaking demolition of religious structures built on private land. “I want the team to conduct a fresh survey of the structures and demand proof of ownership of land (to see) whether it is constructed on private or government land. The officers have to access the ownership document if the owner claims that the religious structure is constructed on private land. All these details need to be submitted to me by February 15,” Prasad said.

In a PIL filed in 2009, the Supreme Court had noted that structures that had come up before 2009 may be shifted to other locations, while no structures should be allowed after that.

1) Prepare a list of illegal religious structures on both private and government land by February 15.
2) Demolish structures which have come up after September 2009 (only those constructed on government land).
3) Relocate structures even if the government had approved them for construction and if they are obstructing pedestrian movement.
4) Take ownership records from owners who claim that the structures have come up on their land (verify whether plan and necessary approvals were issued by BDA or BBMP).
5) BBMP’s revenue and engineering officials will conduct a joint survey. Revenue department will issue a notice and engineers will undertake demolition (only of religious structures constructed on government land).

27 supporters of corporator, including his brother, arrested for violating lockdown