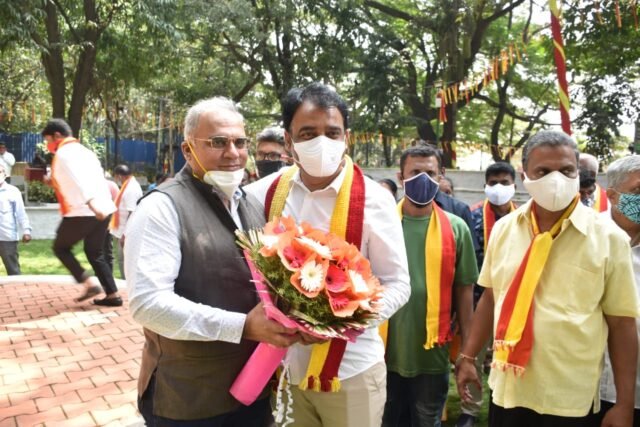 The facility will give a hi-tech touch to the park, which is one of the favorite lung spaces for the people of the surrounding localities. The park has been developed with a historical theme related to the Gokak movement and has a thematic green-red colour scheme.

The Wi-Fi facility’s launch coincided with the Karnataka Rajyotsava function organized at the park. The DCM appreciated the gesture of Act Fibernet in taking the responsibility for maintenance of the park and in providing the Wi-Fi facility at the park. He called upon private entities to come forward and take up maintenance of parks in the city. Dr Narayan felt such a step would help the city regain its reputation as ‘Garden City’.

Those who come to the park to can make use of the free Wi-Fi facility which has a speed of 100 mbps. Before logging in, one has to register his/her name, and can access the Wi-Fi facility for a maximum of 45 minutes.

The park has play facilities for children and activities such as drawing, story-telling, acting and pottery making are conducted here during holidays.

Suneel Yajamana, Vice-President, Act Fibernet, was among those present.

Checkposts will come up in border regions having village-to-village contact to stop COVID surge:...

National Education Policy will kick off in Karnataka this year: DyCM