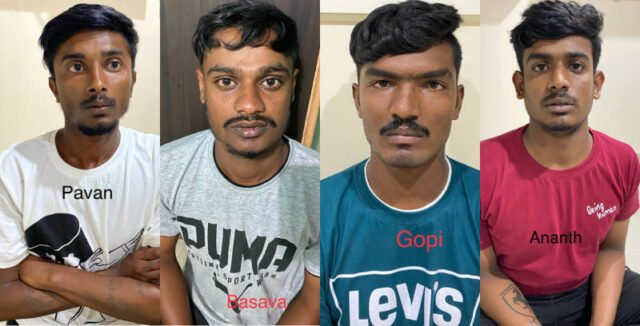 Suspects were hiding in 2 villages after Oct 30 murder

Bengaluru Rural cops opened fire on four runaway murder accused in the wee hours of Monday morning near Anekal. All four sustained bullet injuries and have been admitted in nearby hospitals.

As per the police, two of the accused, Gopi and Ganga, were fired on in Awada Devanahalli village, while Anant and Basavan were fired on near Muthanallur village.

Sleuths said the four were suspects in a murder which took place in Shettihalli village on October 30.

After a tip-off that the accused were hiding in Avada Devanahalli and Muthanallur villages, the cops raided their hideouts and ordered them to surrender. But they retaliated by attacking constables Mahesh and Suresh. In response, Dy SP Mahadev and Anekal Inspector Krishna shot at them.