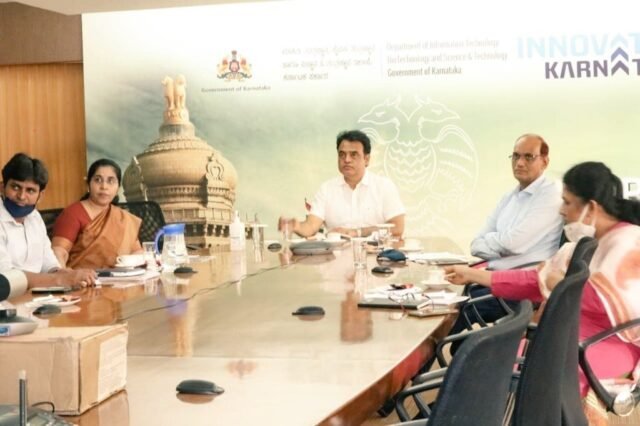 US firms setting up shop in Karnataka will get all assistance: Dr Ashwath Narayan

The Karnataka government on Tuesday urged the United States to consider its long- pending demand to set up a visa centre in the state capital, besides assuring a conducive atmosphere for fresh US investments in Karnataka.

Speaking to the media after a video conference with the US Consul General in Chennai, Robert G Burgess, Deputy CM Dr Ashwath Narayan  said, “Nearly 70 per cent of South Indians going to the US are from Karnataka. I brought this to the notice of the Consul General in connection with our long-pending demand for a visa centre.”

Dr Narayan also said he assured the Consul General of a conducive atmosphere for American companies planning to shift to Karnataka in a post-Covid scenario.

The DCM said that the Information Technology, Bio-Technology, Science and Technology departments have initiated talks with various countries to improve relations post the pandemic outbreak.

“We have always had good relations with the US. Of the top Fortune 500 Companies, 400 are in Karnataka. If more companies want to set up shop here, the government will provide all the necessary assistance. Chief Minister BS Yediyurappa is already acting on this,” Dr Narayan said.

The Karnataka government has set up an Investment Promotion Task Force under the Chief Secretary to lure companies that are planning to shift their base from China after the Covid-19 outbreak.

“The government has already initiated land reforms and amended labour laws to ensure ease of doing business. We are making an all-out effort to lure investments into the state without leaving anything to chance,” he said.

“Everyone knows that Bengaluru is the start-up capital of India. Even the American Consul General has admitted this. He was appreciative of the state government’s proactive measures and termed Bengaluru a ‘favourite’ city for investors. Burgess also said that the US will never lose any opportunity to do business with Karnataka,” the DCM said.

Dr Narayan said the US Consul General was impressed with the way the Karnataka government was handling Covid-19.
“He was appreciative of the government’s cooperation in allowing companies to work from home besides providing essential services to the doorstep of people,” he said.

Additional Chief Secretary EV Ramana Reddy, Managing Director of KITS Meena Nagaraj, and President of the Karnataka Chapter of the Indo-American Chamber of Commerce Mohan Rajamani were part of the video conference.