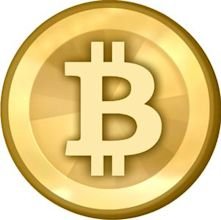 A day after Congress MP Rahul Gandhi termed it as the biggest coverup operation of BJP, Karnataka Chief Minister Basavaraj Bommai on Sunday said the Congress government not only covered up the Bitcoin scam, but also let free Srikrishna Ramesh.

Bommai said it was the BJP government that arrested Srikrishna in a drug case and found out his other crimes involving hacking of a government portal and bitcoin transactions.

“They (Congress) claim that the matter dates back to 2016. If this is the case, why Surjewala did not ask the then Ministers and Chief Minister (Siddaramaiah) about it? Why did they not notice the issue then?,” he asked.

The Chief Minister said Congress leaders have been alleging that ‘influential politicians’ are involved in the scam and demanded a Supreme Court-monitored SIT with former party chief Rahul Gandhi stating the scam is big, but the cover-up is much bigger.

“In 2018, they (Congress government) arrested the accused (Srikrishna), but they released him. They conducted an improper enquiry. In 2020, our (BJP) government nabbed him in a drug case. When we thoroughly interrogated him, we found he had hacked a government portal,” he said.

Bommai accused the Congress for not holding a proper enquiry when the matter came to light in 2018 during their rule.

“We (BJP government) investigated the matter. We arrested the scamster. We referred the case to ED and Interpol Cell of CBI. We gave all the information to the CBI. We will not spare anyone who will be guilty in this case,” he said.

The BJP leader said police had sought court permission to transfer the Bitcoins to its wallet, but did not pursue it after it found that the wallet with 186.81 Bitcoins that Srikrishna claimed was not his personal account, but a live wallet belonging to an exchange.

“Therefore, the account was left untouched because the accused did not have a private key for this. Hence, no Bitcoins were transferred to the police wallet,” Karnik said.

On Srikrishna’s claims that he had hacked Bitfinex, he said no foreign law enforcement agencies till date have raised any complaint with the Bengaluru Police on this.

Karnik also said the majority of claims made by Srikrishna of hacking several websites were found to be unsubstantiated in the preliminary investigation conducted by police.

However, the state government brought to the notice of CBI Interpol on April 28 to alert the concerned countries and did the same by sharing information with the Enforcement Directorate, he said.