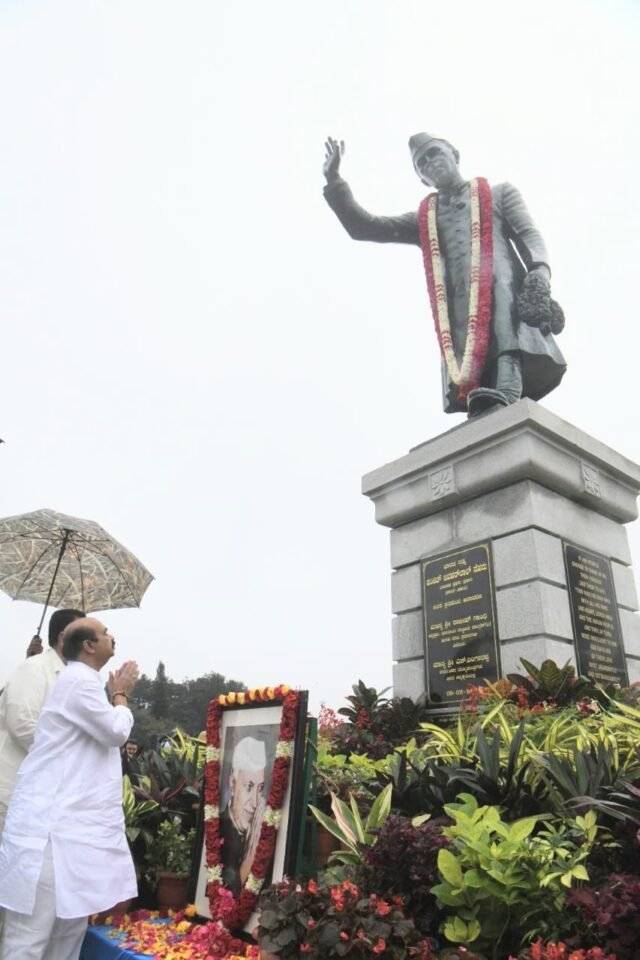 Paying rich tributes to the former PM on his 132nd birth anniversary, Bommai said Nehru is a great leader who laid a strong foundation for the country’s development through the Five Year Plans after India attained independence.

Recalling Nehru’s contribution to raise India’s stature, Bommai said, “Nehru played a significant role in raising India’s stature at international level. His affection for children is well known as he was lovingly called the Chacha Nehru for this aspect. Many institutions in his name have been working for the development of the country.” He called upon the people to dedicate themselves in the nation-building endeavour by paying tributes to Nehru.

Replying to a question about a meeting of the Chief Ministers of southern states to be chaired by Union Home Minister Amit Shah in Tirupati later in the evening, Bommai said the meeting would deliberate on evolving consensus for development with cordial spirit among the states.

When asked whether issues of inter-state river water disputes would figure in the meeting, the CM said,”It is unlikely as many of these issues are before the courts. Irrigation works in Palar river basin, railway projects and infrastructure development issues are on the agenda.”

BBMP to use all its crematoriums for Covid bodies