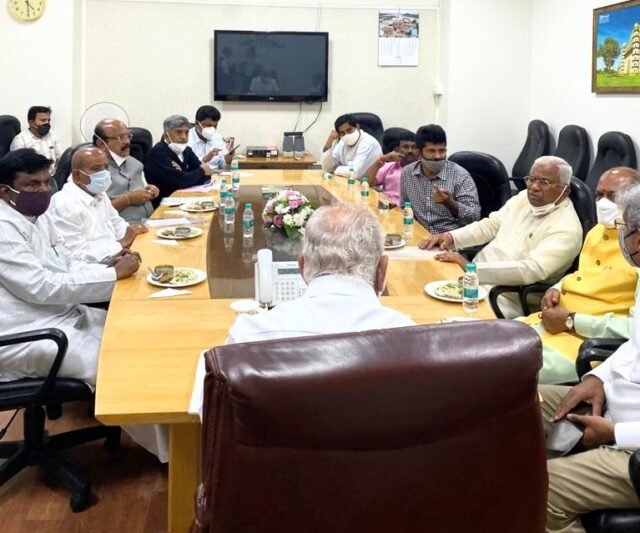 Were talks on state’s fiscal needs, or on saving BSY’s chair?

Providing further grist to the rumour mills about his political future, Chief Minister BS Yediyurappa convened a meeting of BJP MPs on Friday. Karnataka has around 25 BJP Members of Parliament, but only half of them were reportedly present and the meeting got over within half an hour.

While the ostensible reason for the meeting was to discuss state-related fiscal and other requirements to be taken up by the MPs at the Central level, observers feel it could also be part of Yediyurappa’s strategy to use the MPs’ proximity to the central leadership in bolstering his position as CM. Yediyurappa’s own attempts to get the central leadership to okay a cabinet expansion and reshuffle have drawn a blank so far.

Yediyurappa reportedly consulted the MPs on submitting the state’s proposals vis-à-vis the Union budget. The MPs reportedly gathered information about the requirements of their respective constituencies.