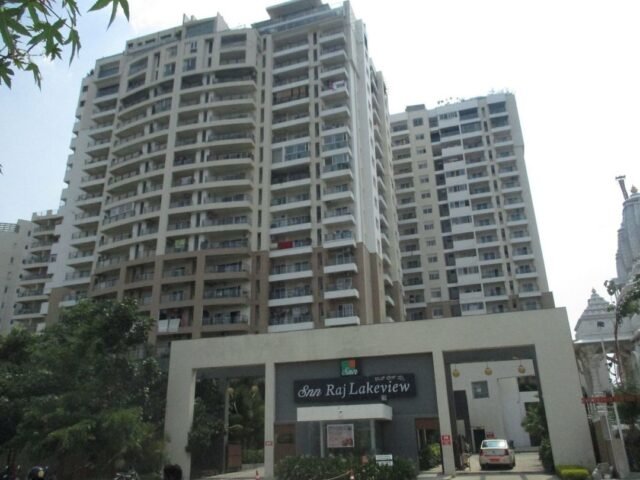 Apartment association in damage-control mode – no house-keeping, no outsiders allowed

After TheBengaluruLive broke the story on Monday afternoon at 3.30 pm about a new Covid cluster in Bengaluru, titled “56 residents of Bengaluru apartment contract Covid-19” (https://thebengalurulive.com/56-residents-of-bengaluru-apartment-contract-covid-19/), the number of infected cases in the complex has risen to 90, as per reports received by BBMP officials at 8.30 pm on Monday. The city’s second Covid cluster (after 40 students of an RT Nagar nursing college were infected last week) came to light at SNN Raj Lake View apartment in Bilekahalli on Bannerghatta Road, with initial reports of 56 persons testing positive after they had attended a function in a flat in the complex.

Among those who have contracted the virus are four members of the apartment builder’s family — Nitin Agarwal, Director, SNN Builders, his wife, his 10-year-old son and his 40-year-old younger brother. All of them are in home isolation.

BBMP’s Chief Medical Officer (Health) Dr BK Vijendra confirmed to TheBengaluruLive that the total number of residents who have contracted the virus thus far has risen to 90.

Sources said that more than 1,200 residents were tested for Covid-19. Till Monday afternoon, BBMP had imposed restrictions on apartment residents either leaving or entering the complex. The apartment association has decided to continue with these restrictions until the home isolation period of the infected cases is over.

Earlier, a source had told TheBengaluruLive, “A get-together of around 25 families was held on February 6, which was attended by more than 50 people. A few of the residents reportedly contracted a fever and other Covid-19 like symptoms, which compelled them to get tested. So far, all 56 attendees have tested positive from February 7.”

Speaking to TheBengaluruLive, SNN apartment resident said the cluster originated in two functions held in the apartment — a party hosted by a friend for a couple celebrating their marriage anniversary, and a subsequent party hosted by the couple which was attended by around 25 families.

A source said all of Monday was hectic and tense as they had to coordinate with BBMP officials to get all the apartment residents tested for Covid-19. “We had to go to each house individually and convince them to cooperate for the tests,” he added.

On a related note, he said the biggest task before the apartment association now is to handle the online deliveries situation, as the apartment complex has a large number of flats and most of the residents depend on online services.

The source said that as responsible citizens, the first step they had taken was to suspend house-keeping services. “We have stopped all maids from entering the apartment. We have also imposed restrictions by not allowing any unknown person to enter the apartment complex. We have also shut the children’s play area ever since the Covid cluster was reported. In fact, we have been sanitizing the entire complex twice a day even when there were no Covid cases. We haven’t allowed anyone to use the swimming pool ever since the lockdown was imposed. Now, we are abiding by all the guidelines issued by the BBMP officials,” he said.