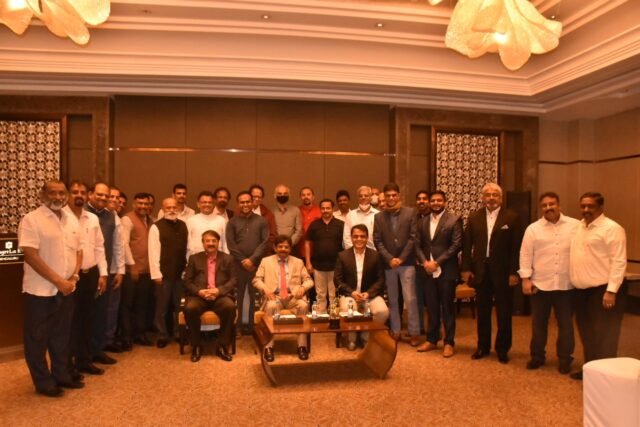 In a rare gesture of unity with the country’s majority community and faith, members of the Christian community donated more than Rs. 1 crore to the Nidhi Samarpana Abhiyan (Fund Raising Drive) of the Ram Mandir in Ayodhya.

At a meeting convened by Deputy Chief Minister Dr CN Ashwath Narayan on Sunday, a wide cross-section of the Christian community, including entrepreneurs, businessmen, educationists, NRIs, CEOs, marketing experts and social servicers, stressed their willingness to contribute for the construction of the Ram Mandir.

The DCM noted, “The BJP believes in ‘sab ka saath, sab ka vikas’ as outlined by Prime Minister Narendra Modi. This is an inclusive party comprising all minorities, and this philosophy of governance is being followed both at the Centre and in the state.”

Ronald Colaso, a businessman, who spoke on behalf of the Christian participants at the meeting, said the community has always responded to the cause of the nation and social harmony.

He expressed happiness at the establishment of a Christian Development Corporation in Karnataka and a grant of Rs 200 crore for the body.

Leaders of the community also expressed their gratitude to the DCM for his efforts as Higher Education Minister to get approval in the state legislative assembly for the bill proposing the establishment of St Joseph University.