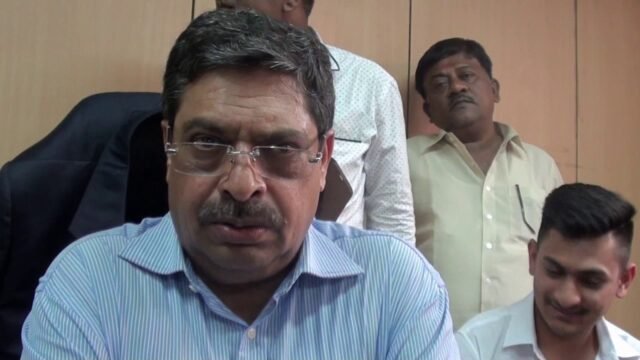 Not willing to let go without a contest, the Congress in Karnataka on Sunday said it has decided to field its MLC Naseer Ahmed as party’s candidate for the Legislative Council Chairman’s election scheduled to be held on February 9.

‘Congress has decided to field Naseer Ahmed as its candidate for the Legislative Council Chairman election, he is our candidate. Let’s see which party will take what stand,’ state Congress President D K Shivakumar told reporters here.

According to official notification, February 8 is the date for filing of nominations for the election to the post of Legislative Council Chairman, while election will take place on the next day.

The election is necessitatedfollowing the resignation of Congress’K Prathapachandra Shetty as the Chairman on February4 to preempt a no-confidence motion against him by the ruling BJP, and JD(S) extending support to it.

BJP has announced its support to senior JD(S) MLC Basavaraj Horatti for the post of Chairman, in accordance with the pact between both parties.

As per the arrangement BJP MLC M K Pranesh was on January 29 elected as theDeputyChairmanof the Council, with the backing of JD(S).

According to BJP sources, the party agreed to support Horatti asChairmaninstead of seeking the post for itselfin return for JD(S)’ support in its move to oust Shetty and passage of certain key bills.

The earlier move by both parties in December to remove Shetty asChairmanwas not successful as their notice of no- confidence was rejected on technical grounds.

The House had witnessed high drama that day with the BJP-JDS and Congress members hurling abuses and pushing each other.

Amid the ruckus on December 15, the thenDeputyChairman Dharme Gowda, who is now no more, was even pulled down from the Chair.

With numbers clearly on his side, though the election of Horrati as Chairman is certain, opposition Congress wants to ensure that there is a contest instead of the election being unopposed.

Currently the ruling BJP is the single largest party in the Council with 31 seats, followed by Congress with 29, JD(S) 13, one independent and one vacant (due to death of Dharme Gowda). PTI