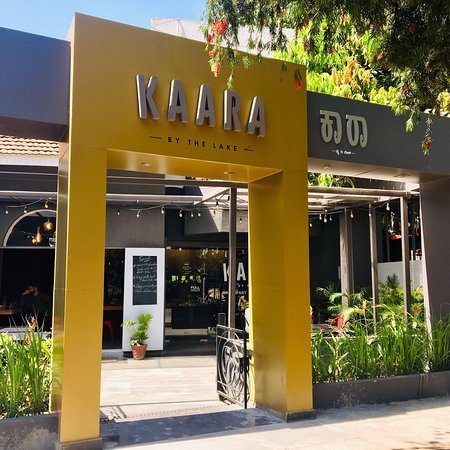 Health-focused trend a win-win for patrons and restaurant revenues

Call it a combo of the global red alerts from climate change and Covid-19, Bengalureans are showing that they are not far behind the rest of the world in changing their lifestyles in sync with the glaring new realities. This holds especially true of popular restaurants in the state capital, which are taking the lead in lifestyle activism by doing away with the ‘smoking zones’ that have long bothered non-smoker clients.

Kaara: By the Lake, a cafe located at Ulsoor, recently “completely stopped” smoking in its premises. Ever since, the restaurant has been witnessing a jump in footfalls, especially of families. “Going 100 per cent smoke-free is resulting in the good health of customers, staff and, not least, increased business,” says Ms Radha Nair, owner of Kaara. “Family customers prefer to dine-in at places which do not allow smoking. Children, women and senior citizens feel uneasy when exposed to tobacco smoke. We felt that we could use the ‘smoking zone’ to allow more customers rather than wasting this space for an activity unhealthy for our customers and staff,” she points out.

Encouraged by its booming business, Kaara’s owner adds, “We are hopeful more cafés and restaurants will go 100 per cent smoke-free and in the process boost their business.”

This wholly welcome trend ties up nicely with National Cancer Awareness Day, which was observed on November 7. It should be a sobering thought to note that based on current trends, new annual cancer cases are likely to go up to 15.7 lakh by 2025 from 13.9 lakh in 2020, as per the recent National Cancer Registry Programme Report 2020 released recently by the Indian Council of Medical Research (ICMR) and National Centre for Disease Informatics and Research, Bengaluru. And

Restaurants are a key factor in this negative health scenario. According to the Global Adult Tobacco Survey-2 (GATS-2), 14 per cent of adults were exposed to second-hand smoke at restaurants in Karnataka. Bengaluru city alone has more than 20,000 restaurants and employs more than 3 lakh people in all.

It is heartening, therefore, to note that many city restaurants which were hitherto allowing cigarette, cigar, beedi, cheroot and hookah smoking in their premises, either with or without a designated smoking area (DSA), have decided to do away with it and have become 100 per cent ‘smoke-free’. This change in mindset of restaurant owners is because they want more ‘family’ customers to dine in and do not want to compromise with the health of their employees, who are otherwise exposed to ‘second-hand smoke’, making them more prone to cancer and related diseases. As a bonus, restaurants are also saving on the money spent to maintain the DSA or clean the ‘smoking area’.

Ms Wilma Rodrigues, CEO of Sahaas Zero Waste, a Bengaluru-based waste management company and a mother herself, says, “Children and adults should not be harmed by involuntary tobacco smoke. While dining out with family, the first thing I prefer more than the ambience, taste, service, etc., is that the restaurant should be smoke-free. All those restaurants which are voluntarily becoming 100 per cent smoke-free should be
encouraged.”

According to renowned oncologist and member of the Karnataka government’s high-power committee on Covid, Dr Vishal Rao, ‘second-hand smoking’ is as harmful as smoking itself. “Smoke from tobacco products contains harmful chemicals which can have adverse effects on the cardiovascular system. It can lead to coronary heart disease, stroke and several cancers,” notes Dr Rao.

“It is admirable to see restaurants becoming 100 per cent smoke-free and even profiting out of it. This is a win-win for customers as well as the owners. It is high time that other restaurants and cafés take the cue and follow suit,” he says.

As per the rules, restaurants with more than 30 seats can create a DSA with automated doors and exhaust fans after getting a no-objection certificate from the Bruhat Bengaluru Mahanagara Palike (BBMP). The rules stipulate that there shall be no services provided at these DSAs, including food, water, alcohol, tobacco products and beverages.

Unfortunately, the rules are followed more in the breach, Dr Rao says, and urges hotel and restaurant associations to take a unified call and do away with these DSAs.