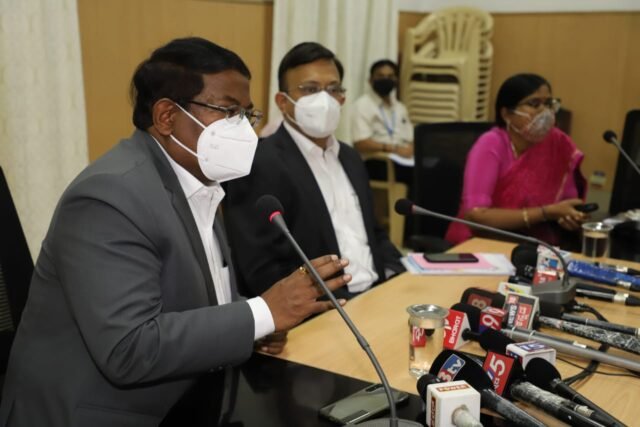 BBMP chief assures thebengalurulive.com that details of works under Nagarothana, 14th Finance Commission and other grants will soon be uploaded

Civic-minded Bengalureans can take heart from the pro-active decision of BBMP to upload exhaustive details of civil works executed under BBMP grants on its web portal. In fact, on this aspect alone, the bureaucrats now in charge of the city after the civic council’s term ended have gone a step further than the former elected representatives. However, there is still a lacuna in that details of ongoing works find no mention on the portal, a point which the BBMP chief said will be addressed soon.

On Saturday, BBMP Commissioner N Manjunatha Prasad announced that the civic agency’s portal will now display comprehensive information related to BBMP civil works for the period from June 2015 till date.

“Citizens can view details of job code, estimates, work order, measurement book, photographs of work done, payment made or under process at various stages, and all other information uploaded by contractors and officials during and after completion of works,” Prasad said.

Citizens can post their feedback/ comments about each work, even anonymously if they desire, he added.

Explaining the need for such transparency, Prasad said, “BBMP is spending huge amounts on various developmental works and it is the right of every taxpayer to know how and where the money is spent. We have decided to publish all the details pertaining to each work undertaken under BBMP grants. Work orders, approval procedures and all other relevant documents will be published on the BBMP web portal. Citizens have every right to give their feedback on the executed projects, even without posting their names. This feedback will help us take further steps. This will also help us maintain transparency.”

BBMP Administrator Gaurav Gupta said, “BBMP administers a tech city and we need to adopt such measures via the internet. We need people to participate in the works being undertaken by the civic agency, which will also promote transparency in civic works.”

Special Commissioner (Finance) Thulasi Maddineni claimed that the website has been designed in a simple format so that people, after visiting ‘public view’, can search via ward number and even contractor’s name to know about works executed in a particular area. She said a citizen while posting his/her comments is free to not fill in his/her name or mobile number in the feedback form.

When thebengalurulive questioned the BBMP Commissioner on why details of ongoing works do not find a place on the civic portal – as such a feature would help taxpayers question the quality of works before any bills are paid — Prasad said, “We are in the process of updating all the information and it will help us maintain transparency during execution of works.” If one can take the civic chief at his word, that should include details of works under Nagarothana, 14th Finance Commission and other grants.

BBMP chief’s ‘Sorry’ is all that kin get after Covid patient died waiting for...

Intra-Karnataka passenger trains are back

After Ramanagara case, Chamrajanagar is only virus-free district in state