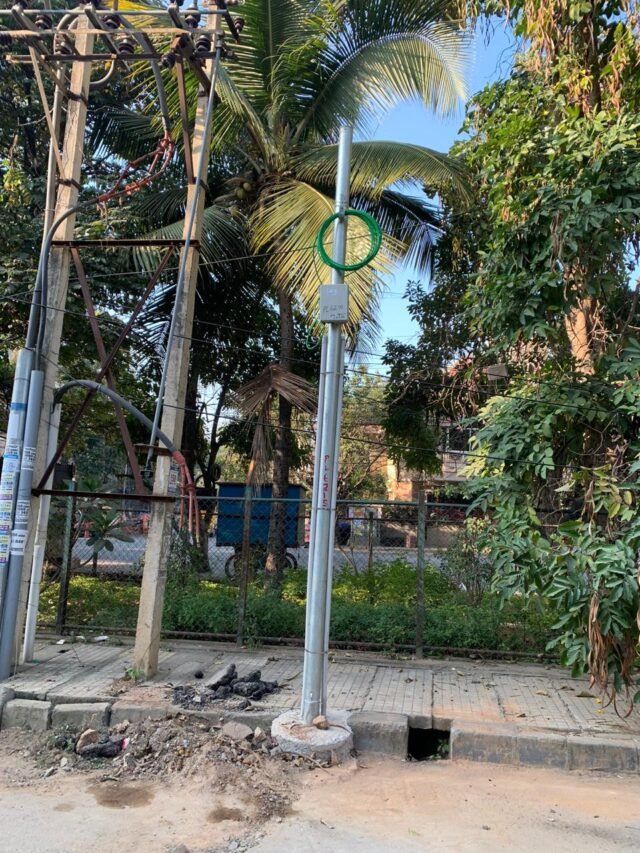 After a hiatus of some years, BBMP has once again taken up the exercise of removing TV cables and OFC (internet) cables strung llegally along trees and electric poles. Chairing a meeting of BBMP engineers, Bescom officials and police officials on Wednesday, BBMP Commissioner N Manjunatha Prasad directed his staff to undertake a drive to remove these cables.

Prasad said, “All TV cables and OFC (internet) cables that have been illegally laid along pillars, trees, buildings, poles and sidewalks across Bengaluru city, and also those which are obstructing pedestrian movement, have to be removed with immediate effect.” He added, “If the cables have been laid after obtaining permission, the officers concerned should verify the documents.” Prasad told his staff to prioritise removal of cables along sidewalks posing a danger to pedestrians.

Regarding buildings/sheds constructed illegally below High Tension lines, he said Bescom should serve notices to the owners and provide the occupants 15 days to vacate the premises.

Earlier in 2015, BBMP had undertaken a similar drive which was opposed by the cable TV operators association, forcing the civic agency to drop the exercise.

Do your essential purchases between 5am(!) and 12 noon