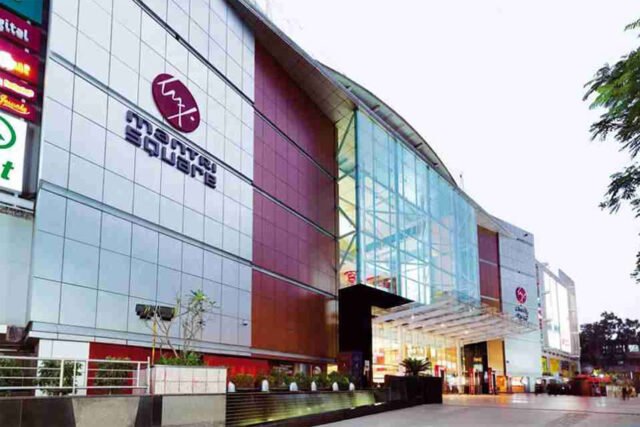 Does BBMP have the power to seal someone’s property in the name of collection of property tax dues? This is the million-dollar question that has arisen after an over-zealous officer, for all practical purposes, did just that by blocking entry to Mantri Square Mall, one of the biggest malls in the country, for reportedly defaulting on property tax payments, including penalties, amounting to Rs 32 crore.

Interestingly, BBMP has served identical notices on all the individual outlets in the mall, including department stores, a hypermarket, a gaming centre and a food court, asking them to pay Rs 32 crore individually within 15 days, or else the corporation will go ahead with the dues recovery process.

Mantri Mall is owned by M/s Abhishek Developer and as per the notice served under sections 108A, 112 and 470 of the Karnataka Municipalities Act 1976, the mall owner failed to pay property tax for the years 2018-19, 2019-20 and 2021-21, which includes the 2 per cent interest which is charged for every month of default.

The Assistant Revenue Officer (Gandhinagar), in his notice dated February 16 issued to all the shopkeepers (a copy of which is available with TheBengaluruLive) has said in the ‘remarks’ section that a cheque for Rs 11.65 crore had bounced. He has further said, “Since you are in occupation of the said premises, by this notice you are required to pay taxes due to the corporation within 15 days from the date of receipt of the notice. Otherwise the corporation will be at liberty to take such action necessary under section 470 of the KMC Act for recovery of the amount due.”

Just two days ago, before this story was published on our website, a Karnataka-born IAS officer of the Chhattisgarh cadre on BBMP deputation had visited Mantri Mall and tried to armtwist the shopkeepers, and neither did he allow anyone to enter the mall from 9 am to 6 pm, a source said. The source added that the officer’s actions were caught on the mall’s CCTVS.

As per highly placed sources in BBMP, the action of the IAS officer and the revenue staff is illegal as there is no section under the KMC Act that empowers revenue staff or any officer to enter any premises to check the property tax status unless the BBMP Commissioner delegates to them his powers to do so.

BBMP adopted the self-assessment scheme in 2008, which allows any property owner in Bengaluru to declare his/her property details and pay the computed taxes. If he/she fails to do so, BBMP is empowered to collect a 2 per cent penalty per month from the day the tax is not paid.

What the law says

M/s Abhishek Developer was served a notice under sections 108A, 112 and 470 of the Karnataka Municipalities Act 1976.

Section 108A (17 sub-sections) — Enjoins collection of yearly property tax from all buildings or vacant sites, or both, situated within the city limits of BBMP.

Section 112A: Assessment of property tax — If any owner or occupier fails to submit or submits an incomplete or incorrect return, the Commissioner or the authorised officer shall cause an inspection of the land and building and may also cause such local enquiry as may be considered necessary, and based on such inspection and information collected, he shall assess the property tax and send a copy of the order of assessment to the owner or occupier concerned.

Section 470 — Recovery of sums due as taxes (which is again connected with sections 471, 472, 473 and 474), for which a sum may be recovered under a warrant of the District Court, by distress sale of the movable property of such party.

This is where the rub lies. Even if the BBMP notice has cited Section 470, in the case of Mantri Mall no such warrant has been issued by any district court.

Seen in this light, the question that arises is: What did the BBMP officials concerned hope to achieve by practically locking up Mantri Mall for a day and threatening receivers of the notice with acquisitory action if they failed to pay the property tax dues in the next 15 days? A related question that should exercise all citizens’ minds is: Can BBMP enter any individual’s house and even threaten to seal it if he/she fails to pay the property tax?

Also Read: Officer who ‘locked’ Mantri Mall is back in BBMP

2.5 lakh healthcare and frontline staff in Karnataka trained through online platforms to fight...