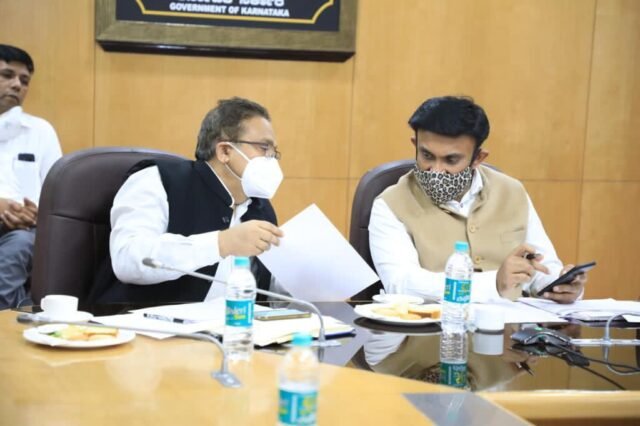 The state capital has seen a drastic reduction in the Covid case fatality rate and a 73% increase in Covid testing, according to Health and Medical Education Minister Dr K Sudhakar.

The mortality rate can be reduced if tests are conducted and treatment is started early. The currently mortality rate in the state is 1.37% and the target is to reduce it to below 1%. At 1.14%, the mortality rate in Bengaluru is very near that target, Sudhakar said. “People should understand that the increase in the number of positive cases is due to the increased testing,” he added. According to the minister, the per day test tally in Karnataka is around 80,000 RT-PCR tests and 30-40,000 Rapid Antigen tests.

However, in light of the approaching festive and cold season, the minister added a word of caution by saying that the coming 3 months would be crucial to the government’s efforts to contain the pandemic in Karnataka, and especially in Bengaluru.

Responding to a question, the minister said several complaints had been received regarding middlemen blocking beds in private hospitals and trying to exploit people. The government will take strict action against such miscreants, he said.

The minister urged people to provide correct information while undergoing testing. By providing wrong information, people are only harming themselves, he said.