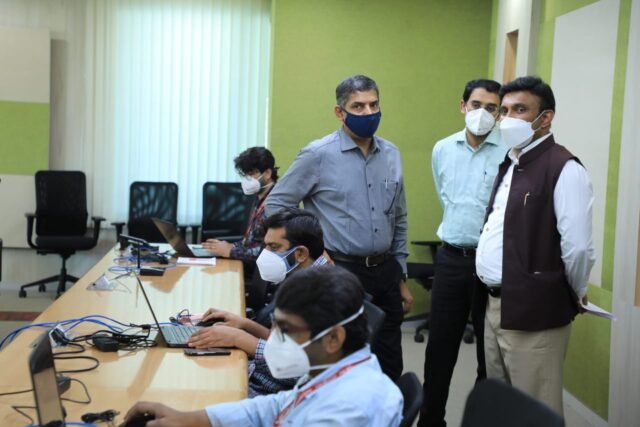 Karnataka Health Minister K Sudhakar on Tuesday said seven genomic labs will be established across the state to study the mutated strains found in the second wave of COVID-19.

‘Seven genomic labs will be established across the state to study the mutated strains found in the second wave.

These labs will come up at 5 medical colleges, Wenlock Hospital in Mangaluru and Vijayapura District Hospital,’ he said.

This study will help us to understand the virus better and for development of better medicine and treatment protocol based on the nature of the virus, he said.

The Minister on Tuesday chaired a meeting with senior officials of Health and Family Welfare and Medical Education Departments to review the prevailing Covid-19 situation in the state and containment measures.

Aimed at ensuring preparedness for a possible third wave of COVID-19, the state government has decided to set up pediatric wards in all district hospitals, Sudhakar said.

He also said that an oxygen generation plant will be set up in every taluk hospital and district hospital across the state.

‘A dedicated 70-80 bed pediatrics ward will be arranged in all district hospitals. Additional pediatricians and nursing staff will also be recruited wherever it is necessary,’ Sudhakar said.

A special training session will be conducted through Rajiv Gandhi University of Health Sciences (RGUHS) to train MBBS and other technical staff, the Minister, he was quoted as saying by his office in a release.

State has received another consignment of 1.64 lakh doses of covaxin, the Minister said, the available stock will be used to vaccinate citizens above 45 years who are due for second dose, and vaccines will be eventually made available to all once the supply increases.

Further noting that as per reports two children whose parents have recovered from Covid might have been infected from Kawasaki, Sudhakar said, malnutrition and other social factors are among the causes for this and the government is closely tracking such cases.