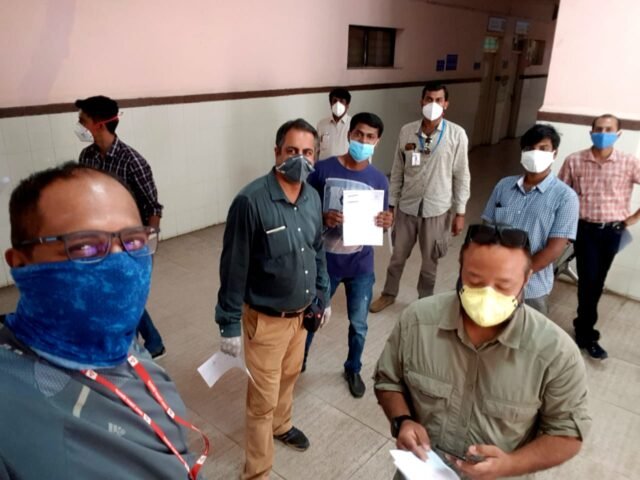 As many as 345 city-based journalists tested negative for coronavirus on Monday after undergoing a medical check up got up for them at a hospital here, a top official said.

“The medical check up was done in four slots at the Hospital here from Thursday and concluded on Monday. A total of 1,170 journalists undertook the tests, 480 of them on Monday alone,the joint director of the Department of Information and Public Relation D P Muralidhar said.

The Department of Information and Public Relation has been undertaking tests of all journalists in Bengaluru and other parts of state. Around 416 journalist were reportedly negative. The test reports of the 480 journalists may come out on Wednesday, he said.

Only one journalist tested positive so far and has been admitted to the designated COVID-19 hospital, he said, adding 36 of his primary and secondary contacts have been quarantined. PTI/Bureau