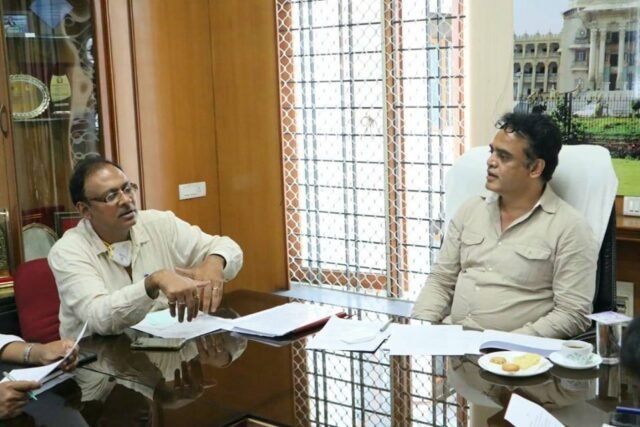 The construction of the 108-foot-tall bronze statue of Nadaprabhu Kempegowda in front of the International Airport will get underway on June 27.

Speaking to the media on Friday after a meeting with the officials concerned, Deputy Chief Minister and Vice- Chairman of the Kempegowda Development Authority, Dr Ashwath Narayan, said, “As Nadaprabhu Kempegowda’s 511th Jayanti is celebrated on June 27, the start of the statue’s construction has been planned on that day.”

Renowned sculptor Anil Ram Sutar, who built the statue of Gandhiji located  between Vidhana Soudha and Vikasa Soudha, has been commissioned for the work.

The statue is estimated to cost around Rs 66 crore. The model of the statue is ready and will be okayed after showing it to the Chief Minister. The DCM said the work is expected to be completed within a year.

“The International Airport Authority has agreed to the project on the 23-acre site identified opposite the airport. We will spend Rs 80 crore on the project,” the DCM said.

Another project is planned to develop Kempegowda’s tomb and surroundings at Kempapura in Magadi taluk at a cost of Rs 41 crore. Land acquisition for the purpose will cost  Rs 17 crore, Dr Narayan said.

For both projects, Ideck has prepared a comprehensive project report .

Techie has dinner, jumps to death