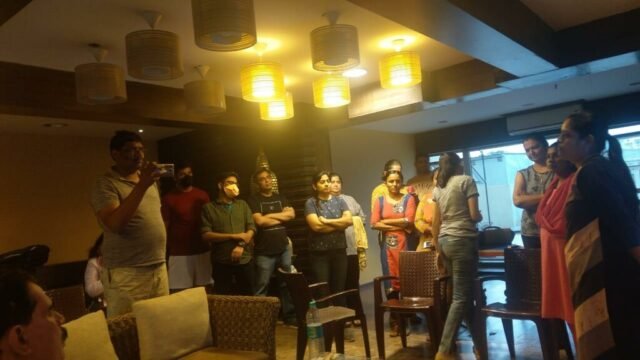 70 persons who came in contact with Telangana techie under home isolation; his company told to sanitize area

In the wake of the Bengaluru-based techie hailing from Telangana who tested positive for Covid-19, the state health department has taken all precautionary measures to curb the spread of the virus.

Health and family welfare minister B Sriramulu, reviewing the situation with medical education minister Dr Sudhakar, said the media needs to play a key role by creating awareness amongst citizens instead of creating a panic situation which can throw the situation out of control.

More than 70 persons who had come directly or indirectly in contact with the infected techie are under home isolation and are being monitored.

“Nearly 25 persons in his company, 23 persons who travelled with him till Hyderabad from Bengaluru, one roommate who stayed in the paying guest room with him, and around 20 passengers who were sitting surrounding him in a flight from Dubai to Bengaluru are being screened,” said Sriramulu.

This apart, sources in the state government said that the occupants of 92 flats in an apartment building, in which the techie was one of the occupants, are being screened. “The health department officials have been directed to take their swab samples to check whether they are affected by the corona virus,” an officer said.

Sriramulu said, “The officers have contacted the company in which the techie  was working and orders have been issued to ensure that all the employees there are directed to work from home.”

“Everyone needs to be watched for 14 days. So far, not a single person out of 280 screened at the airport, who have come from various countries, are infected. All cases are negative, including the Telangana techie. The techie had complained of fever after reaching Hyderabad and symptoms were found there, not in Bengaluru,” he maintained.

Sriramulu claimed that stringent screenings are being undertaken at Kempegowda International Airport. “A total of 34,490 passengers’ health checks have been performed since January 20. Of these, 369 Bengaluru residents have visited 19 virus-hit countries. Of these  369, 269 are monitoring units.”

On Day One, only 938 Bengalureans get the jab