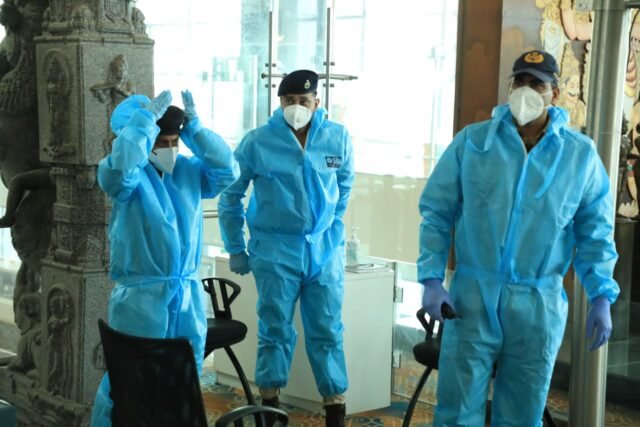 Two people, primary contacts of UK returnees, were found to be infected with the mutant variant of coronavirus as the tally of those detected with it rose to 13 in the state. The day also saw 1,183 patients being discharged after recovery, leaving 8,909 active cases.

Cumulatively 9,28,806 positive cases have been confirmed in the state so far and it included 12,149 deaths and 9,07,729 discharges, the Health department said in its bulletin. Of the active cases, as many as 203 were in intensive care unit of various hospitals, it said. Of the five fresh deaths, two were from Bengaluru Urban while Bengaluru Rural, Kalaburagi and Tumakuru shared the remaining.

Genome sequencing of two primary contacts of the UK returnees in the city corporation limits confirmed positive for the new strain of coronavirus reported in the European nation, Health department officials said. So far 45 UK returnees and their 26 primary contacts have tested positive for COVID-19 in the RT-PCR tests and among them 13 have been confirmed with the mutated strain.

Bengaluru Urban district accounted for a little over half of the fresh cases on Tuesday as 384 people tested positive for COVID-19. It was followed by Chikkaballapura with 53 cases, Mysuru 35, Hassan 32 and the remainder was scattered over various districts. Bengaluru Urban has reported the maximum of positive cases among the districts with a total of 3,93,247, followed by Mysuru 52,863 and Ballari 39,013.

Govt is with patients all the way: CM

First Intra-Karnataka train will resume on May 22