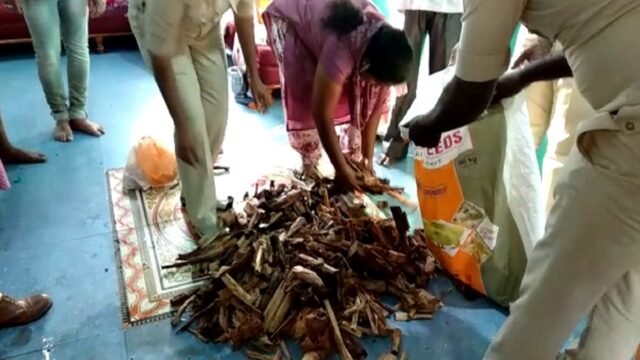 Around 3.5 kg of marijuana meant for shipment to Bengaluru has been confiscated by the  police and 3 persons have been arrested in Chintamani. The accused have been identified as Wazir, his wife Shabana and son Shabaji.

The accused are residents of Keerthi Layout, Chintamani town. They were preparing to source marijuana locally and transport it to Bengaluru.  The cops also seized sandalwood from them.