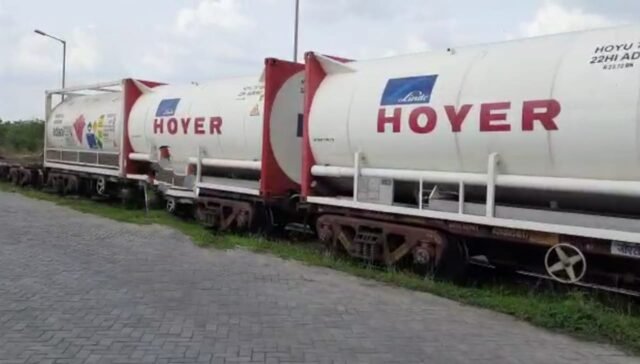 “The 10th Oxygen Express reached ICD Whitefield, Bengaluru at 03:05 pm today.It started from Tatanagar, Jharkhand at 10:15 am on May 23.The train carried 6 Cryogenic Containers and carried a total 120 tonnes LMO,” South Western Railway said in a release.

Despite the challenges faced by the impending cyclonic situation, Indian Railways continued to transport LMO along with essential commodities throughout the nation, partnering actively and robustly with state governments in the fight against the Covid-19 Pandemic,it said.

Indian Railways has so far run 247 Oxygen Expresses and transported more than 16,000 tonnes of LMO in 977 tankers to all over the country to assist state governments in their fight against Covid-19, according to the release.

MLA rolls out red carpet for riot-accused freed on bail