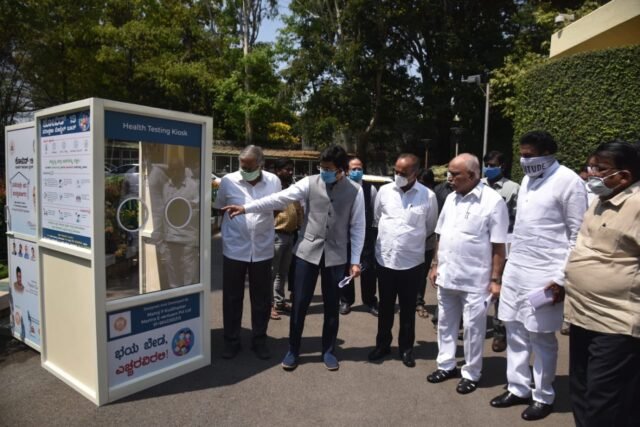 Officials under pressure to test 100-plus Padarayanapura rioters

Bengaluru South Member of Parliament Tejasvi Surya has come to the rescue of the administration by swiftly despatching a mobile Covid swab collection kiosk to Haj Bhavan in the city. Except for five of the Padarayanapura riot accused who have already tested positive and are in Victoria Hospital, the other 100-plus accused are currently housed in Haj Bhavan in Hegde Nagar.  Health officials are under pressure to test them as quickly as they can.

Padarayanapura is one of the biggest hubs of Covid-19 in Bengaluru city, and does not falls under Surya’s parliamentary constituency.

The JJ Nagar cops had arrested more than 119 persons at Padrayanapura recently after they had assaulted BBMP staff and ASHA workers who had gone to take 58 of the residents to a quarantine centre.

Sources in the administration said the kiosk was sent in the evening and collection of swabs was initiated immediately. “Once the report is received, we will take up treatment immediately,” said an officer attached to the health department.

Another kiosk for Hongasandra
Meanwhile, sources close to the MP’s office said  another kiosk has been sent to Hongasandra to collect the swab samples of more than 300 local residents who are currently under home quarantine.